A history of a city and its liberal ideals

A history of a city and its liberal ideals

Left: The lovely streets of Amsterdam. Right (top to bottom): The philosopher Spinoza, the artist Rembrandt, and the Renaissance philosopher Erasmus. [JoongAng Ilbo]

No guide to Amsterdam is complete without a mention of tulips, canals and legalized pot and prostitution. In Russell Shorto’s engaging new history of his adopted city, he, too, touches on these well-worn subjects.

But Shorto is more interested in exploring how a city of 800,000 souls - roughly the size of Columbus, Ohio - “has influenced the modern world to a degree that perhaps no other city has.” He argues that it has done so because over the centuries, through a combination of collective action and self-seeking individualism, Amsterdam has come to embody the most cherished ideals of Western democratic society, including tolerance, diversity and civil rights.

When Shorto writes that Amsterdam may well be the birthplace of liberalism, he doesn’t mean “liberal” in the sense that it’s used in American political debate. He’s referring to “a commitment to individual freedom and individual rights, and not just for oneself but for everyone.” He means liberalism in its original sense of “free,” from the Latin word liber.

Shorto’s attempt to understand Amsterdam feels urgent, in part because he recognizes that these values are threatened today. “While liberalism is one of our most precious cultural possessions,” he writes, “it can also be overstretched, belittled, squandered.” 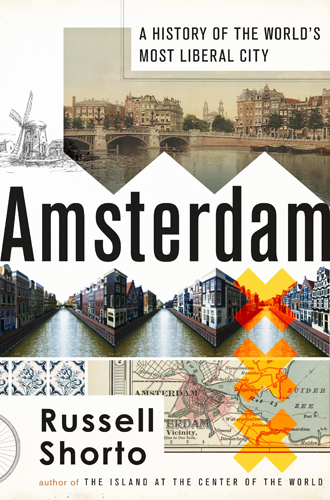 But “Amsterdam” isn’t just a book about big ideas. It features a lively cast of characters, both famous and obscure, including Erasmus, Spinoza and Rembrandt. And it brims with the sights, smells and sounds of a nearly thousand-year-old bustling, mercantile city.

Bicycling through his neighborhood with his toddler son strapped to the handlebars, Shorto notices a “white cleanness .?.?. a rinsed quality” to the morning light. He describes the “deep, icy, impetuously heaving waters” of the nearby North Sea. A few chapters later, we’re back on the waterfront, this time to witness the return of a fleet from the East Indies, laden with more than a million pounds of pepper, cloves and nutmeg, “packed with exquisite care into the hulls.”

Shorto’s previous works include a well-regarded book on the Dutch origins of Manhattan. It’s fitting, then, that for his latest effort he burrows back even farther - to investigate the European civilization that sent forth its emissaries to the New World to lay the foundation for modern-day New York.

Countless books have been written about Holland’s capital city, from prosaic tourist guides to scholarly tomes. At 300-plus pages, Shorto’s relatively modest contribution stands as a sparkling addition to the lot.

Amsterdam: A History of the World’s Most Liberal City