Duke Ellington: a deeper look behind the man, his life and his music

Duke Ellington: a deeper look behind the man, his life and his music 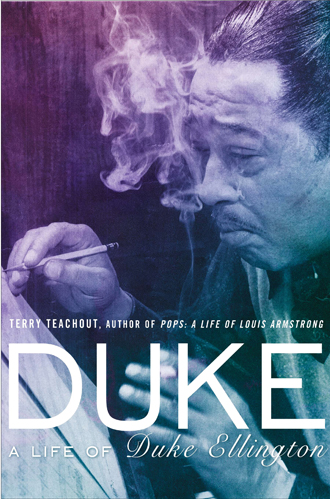 Duke Ellington died nearly 40 years ago, but for jazz fans of a certain age his musical creativity and elegant style remain timeless.

Whether he was leading his orchestra in “Take the A Train,” the composition by collaborator Billy Strayhorn that became Ellington’s theme, or assuring his fans in his velvety bass-baritone that he loved them madly, the Duke’s public persona as a jazz giant has endured for half a century.

Fans remain familiar with the music, from popular hits like “Mood Indigo” and “Sophisticated Lady” to the ambitious longer works that often drew mixed reviews, but the man himself is still - by his own design - shrouded in mystery.

Terry Teachout, the Wall Street Journal drama critic and author of a critically acclaimed biography of Louis Armstrong, penetrates that veil with a portrait of a talented musician obsessed with his quest for respectability who remained evasive and deceptive in his dealings with band members and other close associates. Even his closest friends could only guess at what he really thought.

But what cannot be denied is that this high school dropout and self-taught musician ranks as the greatest of all jazz composers, one who left behind roughly 1,700 compositions. He was notorious for incorporating into his work many of the musical riffs of his band members, often without offering them due credit or compensation. When he did pay, it was usually a modest one-time amount rather than a share of royalties.

“The band was his musical laboratory, the great good place where he experimented with new ideas, and he was incapable of functioning as a composer without its constant presence,” Teachout writes.

Ellington’s work schedule was daunting, and he did much of his composing in hotel rooms late at night and into the morning. He also was notorious for procrastination, putting off the completion of long-awaited compositions until the performance date arrived and delay was no longer an option.

One aspect of his life that the suave and urbane bandleader did make time for was lovemaking. The Duke and his wife, Edna, separated in 1929 after 11 years of marriage when his philandering prompted her to slash him on the face with a razor, leaving a scar on his left cheek. They never divorced, but Ellington took up with a succession of women and never lacked for female companionship.

From his childhood in a black middle-class neighborhood in Washington, D.C., Ellington went to New York, where he made his mark performing in Harlem’s Cotton Club during the Roaring ’20s. Teachout then describes the ups and downs of the musician’s career that took him to Carnegie Hall before he fell out of favor amid changes in the public’s musical tastes and set the stage for his stellar comeback at the 1956 Newport Jazz Festival.

The experience of being black in America served as a theme for some of Ellington’s compositions, including “Black, Brown and Beige,” a 45-minute suite performed for the first time in 1943. The Duke and his band received a warm reception when they performed in the segregated South, but they bunked in private Pullman cars rather than seek lodgings that would accommodate them.

This well-researched biography is sure to appeal to longtime jazz fans who revel in their memories of Ellington’s work and others who may want to learn more about his fascinating life. Parts of the book presuppose a level of musical knowledge that not all readers have, but they are sure to gain a better understanding of his greatness.

Duke: A Life of Duke Ellington’