LG’s phone bends the other way

LG’s phone bends the other way 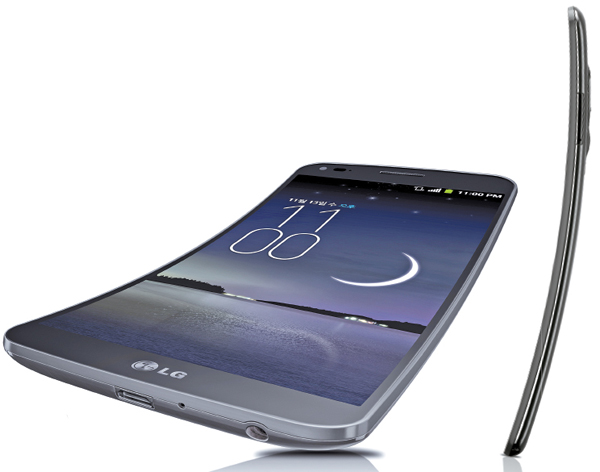 LG Electronics yesterday unveiled a curved smartphone, the LG G Flex, which will be released in mid-November through all three local mobile operators.

The price was not disclosed, but analysts expect it to sell for around 1 million won ($942). The price of the company’s last premium smartphone, the LG G2, is 954,800 won.

LG’s curved phone will compete with Samsung’s Galaxy Round, which was released two weeks ago.

“LG G Flex goes orthogonally from top to bottom, and this is the real curved smartphone,” said Park Jong-seok, president and CEO of LG Electronics Mobile Communications Company. “Its batteries are also curved.” He said the LG G Flex will offer “a new experience in curved smartphones.”

LG’s version approaches the idea of a curve literally from a different angle. The Galaxy Round curves on the vertical axis if the phone is held in the standard position. The LG G Flex is curved on the opposite axis, so when held in a landscape position it curves like a curved flat-screen television, or even like an IMAX theater screen.

LG promised a new user experience from the innovative hardware. Starting with a domestic launch, the company will then sell the phone abroad. The company said it has been cooperating with LG Group affiliates such as LG Display and LG Chemical in the development of the G Flex.

The phone’s curves also bring the speaker and the microphone closer to the ear and the mouth for clearer calls. The back of the G Flex employs a so-called self-healing technology, which allows consumers to eliminate light scratches.

Changing form factors of the battery as well as the phone’s chip board and other components remain a challenge in achieving flexible devices.

LG is among a slew of smaller companies struggling to compete against Samsung and Apple, the smartphone leaders that account for almost all the industry’s profits.

LG reported last week an 80 billion won operating loss from its handset division for the third quarter due to marketing costs surrounding a smartphone launch in August. Its mobile communications sales stood at 3.05 trillion won in the third quarter, down 2 percent from the previous quarter.

The company said it sold 12 million smartphones in the third quarter, down from 12.1 million from a quarter earlier. Overall mobile phone sales, however, rose from 17.8 million to 18.3 million. The company plans to increase marketing investment in the current quarter to raise brand awareness in the high-end market, which it hopes will help expand sales later in the mid- to lower-end segments.

Technology analysts and media reports say Apple is also working on a smartwatch, potentially with a curved screen, but there has been no word from the Cupertino, California-based company about its plans.