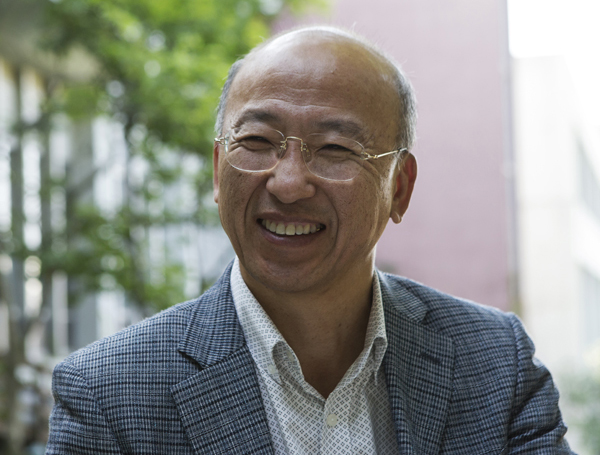 Korean workers should pay 13 percent of their salary - an increase from the current 9 percent - to the mandatory national public pension fund and wait until the age of 67 to start getting benefits to keep the program afloat, the nominee for health and welfare minister said.

In an interview with the JoongAng Sunday, Moon Hyung-pyo, a pension policy expert nominated last week to head the Ministry of Health and Welfare, discussed his ideas to reform the National Pension Service.

The interview took place on Oct. 10, before his nomination on Friday.

He also talked to the JoongAng Ilbo on Sunday to flesh out the previous interview.

As of now, all workers pay 9 percent of their salary into their National Pension accounts, and Moon said the rate should be increased to 13 percent.

“For us to maintain the current system, the future generation will have to pay 23 percent of their monthly salary,” Moon said. “In order to prevent such a scenario, the contribution rate should be about 15 percent.”

Funds in the National Pension system are expected to peak in 2043, but experts project that the money will run out 17 years later if adjustments aren’t made to contributions, payouts or both.

Moon said a hike in the contribution rate, a delay in the starting age of payout and improvements in the nation’s birth rate must all be taken into account to shore up the pension system.

He said a 15 percent contribution rate is most desirable, but such a jump might be hard to sell to the public, so the rate should be increased to 13 percent. Payouts should be delayed to age 67, while the country must work to improve its birth rate from 1.3 births per woman in 2012 to 1.79 in 2060.

Experts have stressed the need to reform the National Pension system, particularly by increasing the contribution rate. In January, an advisory committee led by Moon recommended a contribution rate hike.

When the National Pension system was revised in 2007, the government planned to increase the contribution rate, but the opposition Grand National Party, now the ruling Saenuri Party, rejected the idea. The government took an easier option of lowering the income replacement rate - how big the pension will be compared to your average salary - from 60 percent to 40 percent from 2008-28.

“It is good to lower the recipients to 70 percent,” Moon said. “If 100 percent of the elderly population received the money, experts would be furious.”

In last year’s presidential campaign, Park promised the new pension to all senior citizens with no linkage to contributions to the National Pension Service, but had to water down the promise because it was too expensive.

Moon said the government should also do an analysis of seniors in the 70 percent income bracket - suggesting that not all may be worthy of the new pension.

Moon defended the Park government’s compromise, saying that only 10 percent of the elderly population will be affected by linking the new pension with the national pension. “And they will still receive at least 100,000 won [$94.21],” he said. “I think the government tried to minimize the impact of linking the two systems.”

Chin Young, minister of health and welfare, resigned in protest of Park’s compromise on the pension on Sept. 30. Park nominated Moon to fill the vacancy.

Under the revision plan, a basic pension ranging from 100,000 won to 200,000 won will be given to all persons 65 years old or older starting next July, except for those in the upper 30 percent income level or people who own a home valued at more than 430 million won, regardless of their income.

At the upper end of the eligibility range, the pension amount will be calculated based on whether and for how long the beneficiary has paid into the wage-based national pension system, which will also determine how large a pension they can expect.

While many protested the idea of linking the two systems, Moon said every participant in the national pension scheme will receive a larger payout than what they contributed.

“You are being promised a windfall the moment you subscribe to the national pension,” he said.

“And the longer you stay with it, the bigger the windfall will be. It is fair that a person who subscribed to the national pension for a long time will receive a lower elderly pension.”

After the government made public its idea to link the two programs, a large number of national pension plan subscribers left the program because they thought it would result in a smaller new pension.

Moon also said a massive restructuring of the civil servants’ pension plan is necessary. As of now, the Government Employees Pension Service has 6.4 trillion won in funds, but its total annual payout is 9 trillion won.

The National Assembly’s Budget Office said the government will pay nearly 2.49 trillion won to make up the deficit next year. The amount is expected to go up to 6.25 trillion won in 2020.