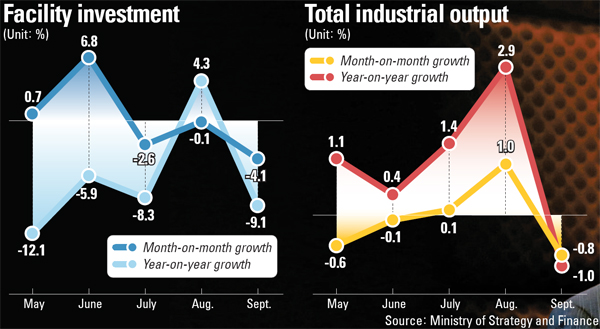 With major bills to promote investment stuck in the National Assembly, the government has pinned its last hope on small businesses, offering tax incentives for new investments by March.

At a ministerial meeting on economic affairs yesterday, the Ministry of Strategy and Finance announced a policy package to help struggling small and midsize enterprises jump-start their business.

When companies invest in facilities, they repay the cost over several years and get tax reductions during that time.

The depreciation to fixed assets ratio will be doubled to 50 percent from 25 percent. The depreciation period will be shortened from six years to four years, which means investment will depreciate faster, increasing the tax savings.

The measure is an executive order that does not require legislative approval.

The government also will expand the joint-surety exemption from 200 to 2,000 companies. The exemption applies to loans from the government-owned Small and Medium Business Corporation.

“It is difficult to apply for loans once branded as a failed company, making it impossible to restart business,” said Yoo Jeong-moo, president of iRT Korea. 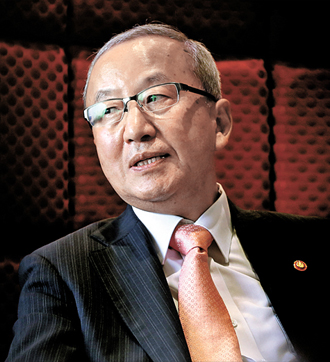 “If a company nears bankruptcy, buyers tend to avoid the failing business, even if the government is going to help out,” said Heo Hoon, president of T-Peos.

In a recent survey by Korea Creative Economy Research Network, nearly 70 percent of 1,000 university students said they would try setting up a start-up if there were no risk of joint surety.

In addition, the legal workout program for small businesses will be shortened to four months from nine.

“The main goal is to create a virtuous cycle of starting a business, growing and re-challenging in the nation’s business environment,” the minister said.

As a last-ditch effort, Finance Minister Hyun Oh-seok urged lawmakers to pass the pending bills, saying economic recovery is currently weaker than the government wanted amid lingering uncertainties in the global economy.

“The government will make every effort to seek better cooperation with the National Assembly to pass the pending bills,” Hyun said. “We ask for businesses to invest and hire more to help the recovery pace accelerate.”

It fell for the third consecutive month. A slight increase in investment in machinery was not nearly enough to offset a 23 percent plunge in transportation equipment.

The ministry said delayed purchases of aircraft by major airlines was one of the causes.

Manufacturing production fell largely due to strikes in the automobile industry, according to the government. Automakers’ output was slashed 18.6 percent last month.

“Strikes of Hyundai Motor and Kia Motors caused the total production to decline along with the effect of the Chuseok holiday,” the ministry said.