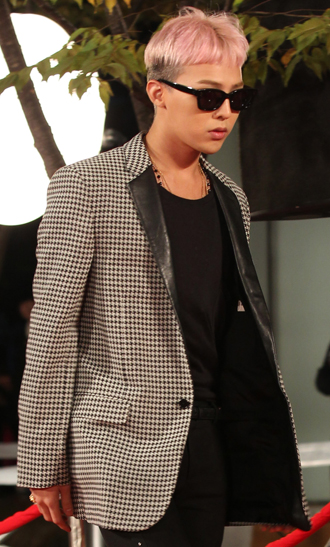 G-Dragon will wrap up promotions of his second solo album next week after performing on Mnet’s “M Countdown” on Nov. 7.

Prior to that, he will also perform onstage for SBS’s “Popular Song” on Sunday.

The singer, who came back to the music scene with his solo album after two years, has set multiple records in the past two months while he was promoting the new album.

Not only were all of his songs ranked at the top of the charts, but the singer has created the most online traffic in 24 hours on Melon, which is unprecedented for musicians.

The LP versions of his solo album, released on Oct. 18, remain sold out.

His song “Crooked” is still ranked high on local music charts although it’s been more than two months since its release.

Meanwhile, he will focus on working with his group Big Bang as they prepare for a tour in Japan next month.