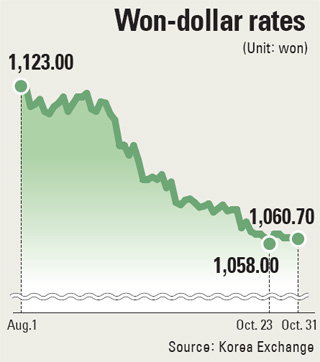 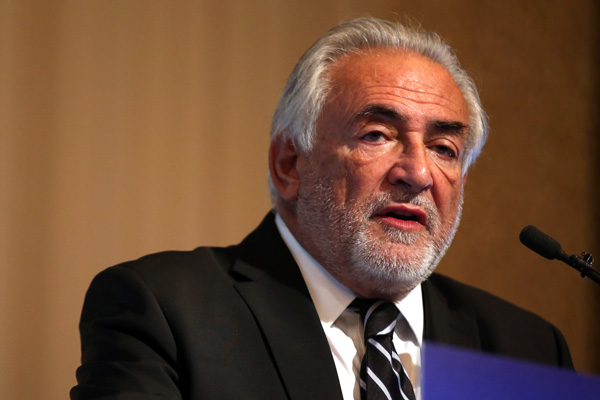 The U.S. Fed decided to maintain its bond-buying program at its Federal Open Market Committee meeting yesterday as expected. But new worries about a currency war related to the future tapering of U.S. quantitative easing are being raised.

Dominique Strauss-Kahn, former managing director of the International Monetary Fund, warned at a conference hosted by the Institute for Global Economics in Seoul yesterday that U.S. tapering could trigger another currency war.

“We are well aware of the influence of U.S. tapering,” Strauss-Kahn said. “One of the major effects will be currency issues in emerging countries, as much capital would flow back into the U.S. market.

“There could be a similar currency war to what we experienced several years ago.”

However, the former IMF chief admitted there is nothing much emerging countries can do about it.

The U.S. Fed decided to press on with its $85 billion in monthly bond purchases, saying it needs to see more evidence that the economy will continue to improve.

“The recovery in the housing sector slowed somewhat in recent months,” the Federal Open Market Committee said yesterday, local time, at the end of a two-day meeting in Washington. “Fiscal policy is restraining economic growth.

“Taking into account the extent of federal fiscal retrenchment over the past year, the committee sees the improvement in economic activity and labor market conditions since it began its asset-purchase program as consistent with growing underlying strength in the broader economy.”

The Fed repeated that it will “await more evidence that progress will be sustained before adjusting the pace of purchases.”

At the same time, the U.S. Treasury Department submitted a semiannual report to Congress saying it is worried about the Korean government’s recent intervention in the foreign exchange market to stop the won from strengthening.

The report said that although the Korean won depreciated at a moderate pace against the U.S. dollar in the first half of 2013, the IMF’s July 2013 Pilot External Sector Report finds that Korea’s real effective exchange rate remains undervalued by 2 percent to 8 percent.

“We will continue to encourage Korean authorities to limit foreign exchange intervention to the exceptional circumstances of disorderly market conditions. In addition, in line with the practice of most other G-20 countries, Korea should disclose foreign exchange market intervention shortly after it takes place.”

Although Korean authorities do not publicly say they has “intervened” in the market, it is widely known that they “verbally” stepped into the market to raise the won-dollar rate to 1,060.7 won for the first time since July 2008 after the rate temporarily hit the year’s low of 1,054.5 won during the day on Oct.23.

Local experts say it is right for the government to enhance its foreign exchange policy in the long run.

Korea’s Ministry of Strategy and Finance said it will maintain the current policy despite the U.S. report.

“It is not appropriate for us to make official comments on the report,” said an official at the International Finance Bureau of the ministry. “We will just keep our current policy.”

Finance Minister Hyun Oh-seok said yesterday the government is preparing measures to prevent shocks from rapid appreciation of the won to the economy.

“We are seeking measures currently, since a tilted exchange rate to one side gives immense shocks to the economy,” the minister said.