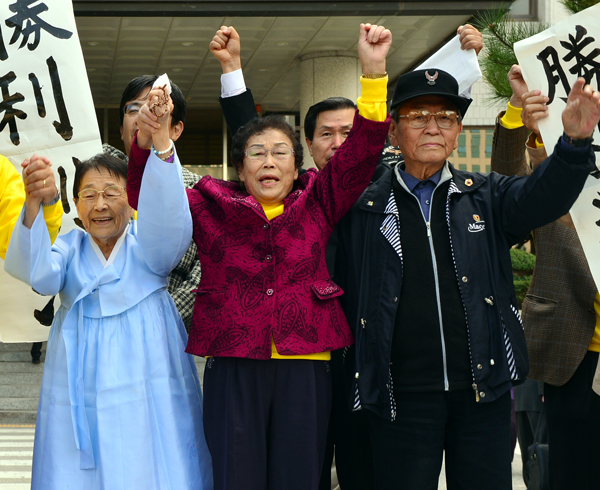 Elderly Korean women who were subjected to forced labor during Japanese colonial rule by Mitsubishi Heavy Industry Company celebrate after the Gwangju District Court ruled yesterday that the Japanese engineering behemoth pay 150 million won ($141,000) to four plaintiffs and 80 million won to the families of two deceased victims. The ruling came 14 years after litigation began and 68 years after Korea’s independence. It marks the third victory for former conscripted Korean laborers in Korean courts. [NEWSIS]