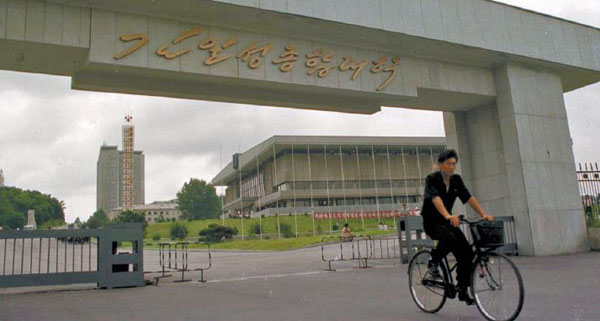 Kim Il Sung University is the alma mater of most members of North Korea’s elite. Leader Kim Jong-un graduated from the 67-year old institution named after his grandfather, the country’s founding leader. So did his father, Kim Jong-il.

But there’s no alumni association for Kim Il Sung University in North Korea. In fact, such a thing would be a grievous breach of the law. North Korea is against factionalism, family ties, and regionalism, and private gatherings are prohibited. The only gatherings allowed must be associated with the Workers’ Party or affiliated groups.

But an alumni association for the school has finally been started - in South Korea. 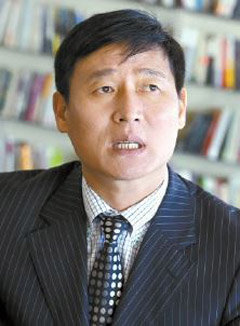 Kim Kwang-jin, president of the alumni association in South Korea. By Choi Jeong-dong

Among the 30 are politicians, journalists, civil servants, researchers, oriental medicine doctors and businessmen. Their ages range from the early 30s to late 70s.

Representative Cho Myung-chul of the Saenuri Party, Jang Hae-sung, president of the North Korean Writers in Exile PEN Center and Hong Sun-gyeong, chairman of the Committee for the Democratization of North Korea, are some of the more prominent members.

Unlike most defectors, who cross the North-China border and make their way through China to other countries to seek freedom, the Kim Il Sung University alumni usually sought asylum while working in North Korea’s overseas diplomatic and trade missions or on business trips to foreign countries.

“Because Kim Il Sung University alumni are the power elite in the North, most of us chose to leave the country for political reasons, not economic hardship,” said an alumnus. “And the power succession from Kim Jong-il to Kim Jong-un was the trigger for some.”

Many of the defectors are involved in campaigns or other work that challenges or criticizes the Pyongyang regime. But some prefer to stay anonymous because they still have families in the North.

It took years for them to form an association, and the death of Hwang Jang-yop, former Workers’ Party secretary and the highest defector ever to come south, was the decisive moment. Hwang, the architect of the North’s official state ideology of Juche (self-reliance) and former president of Kim Il Sung University, defected to the South in 1997 and died in Seoul in October 2010.

After Hwang left a poem, “To whom can I leave the package that I carried here?” the elite defectors decided to come together. Most of the alums say they attended lectures by Hwang at the university and respected him as a kind of mentor.

Ten of the members are graduates of Pyongyang Medical University, which was merged with Kim Il Sung University in 2010.

The alumni association was formally launched in August 2011 and Representative Cho, then head of the Institute for Unification Education, became the inaugural president. In June, Kim Kwang-jin, senior researcher at the Institute for National Security Strategy, succeeded him as president.

The members meet once every quarter and discuss what they can contribute to the the two Koreas.

“We realized that South Koreans, not only ordinary people but also the leaders, are ignorant or indifferent about the North,” Kim says. “We decided it was necessary for us to have more in-depth dialogues with South Korean leaders.”

When the issue of China repatriating North Korean defectors became a hot topic in 2012, they sent letters to Chinese officials who studied at Kim Il Sung University urging them to stop the practice. Zhang Dejiang, chairman of the Standing Committee of the National People’s Congress and the third-highest-ranking official in China, is a fellow alum. He studied at the university in Pyongyang for two years.

They also issued a statement on Sept. 25 criticizing Pyongyang for postponing reunions of families separated by the 1950-53 Korean War.

The university, which celebrated its 67th anniversary on Oct. 1, currently has 15 colleges and 50 departments. About 12,000 students are studying there at present.

The late North Korean leader Kim Jong-il graduated from the university’s department of political science and economy in 1964, and his younger sister, Kim Kyung-hee, and her husband, Jang Song-thaek, studied in the same department. While the couple were students, Hwang Jang-yop was president of the university.

While admission is extremely competitive, good grades do not guarantee a place in the school. A crucial factor for admission is a student’s family background.

“North Koreans are generally divided into the hostile class, the floating class and the core class,” Kim says. “Only the children from the core class can go to Kim Il Sung University.”

According to the Ministry of Unification, about 40 percent of the Workers’ Party’s top officials are graduates of the university.

The alumni in the South say they are planning education programs to make it easier for new defectors to settle in South Korea. They also want to expand exchanges between South Korean youngsters and young defectors. “It will make Kim Jong-un incredibly uncomfortable if he hears that Kim Il Sung University alumni are actively working in Seoul,” Kim said.