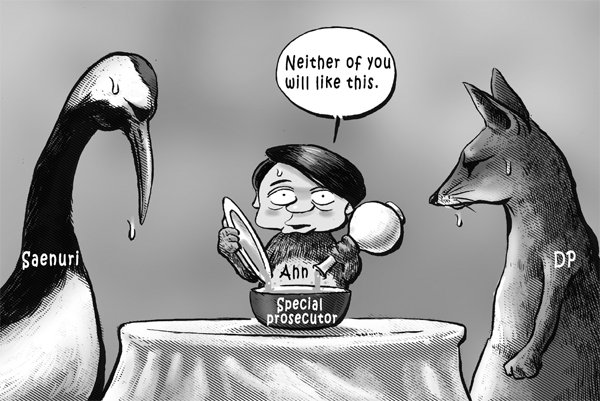 Ahn Cheol-soo, failed presidential candidate in last year’s election and an independent lawmaker, suggested leaving the controversy over the election in the hands of a special prosecutor and criticized both the ruling Saenuri Party and opposition Democratic Party for continuing to sling mud over the issue.