Resignation, but no end to static

Resignation, but no end to static 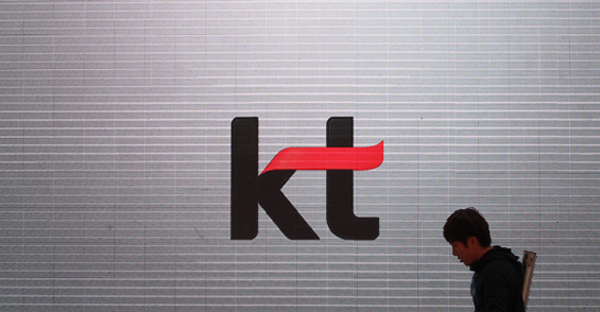 A customer passes by a KT sign during the World IT Show held in May in COEX, southern Seoul. [BLOOMBERG]

KT Chairman and CEO Lee Suk-chae cited his loyalty to the company Sunday when he cut short his “forced lame duck period” by announcing his intention to resign, but the trouble engulfing the telecommunication giant is far from over.

Lee, whose second term was slated to end in March 2015, unsuccessfully resisted a time-honored “tradition” - of which he was a beneficiary - of the company making way for new personnel under new administrations. The 58-year-old former telecommunication minister was pro-Lee Myung-bak when he replaced Nam Joong-soo, who was pro-Roh Moo-hyun and stepped down halfway through his second term in 2009.

KT, along with Posco, the No. 6 conglomerate that was privatized in 2000, have remained under government influence on the pretext of preserving the country’s “backbone” companies, and the Park Geun-hye administration seems to be pressing KT to pick someone it wants. Two other names that have surfaced are former Samsung Electronics presidents Hwang Chang-gyu and Lee Ki-tae.

But criticism is growing, even internally, over the government’s intervention. KT’s labor union, which represents 32,000 employees, issued a statement yesterday urging the selection of a CEO who is “free from the power and the chaebol.”

“The right person, who understands the history of KT and its tradition, and is able to deal with the era of ICT and cooperate with the labor union, should be appointed,” said the KT labor union in a statement.

Lee will stay on the job until the board picks a new CEO in the general shareholders’ meeting in March.

If the directors accept Lee’s resignation, they will create a CEO recommendation committee - one internal and seven outside directors. The seven members of the committee, excluding the chair, will make their recommendation by a single majority vote and send their choice to the stockholders’ meeting for approval.

That process leaves a vacuum in KT’s decision-making process for new projects, and what could add insult to injury is the prosecution’s ongoing investigation that appears to be expanding into several executives.

Apart from the breach of trust charge against Lee brought by the civic group People’s Solidarity for Participatory Democracy, the prosecution is known to be looking into whether Lee created a slush fund with other executives. KT’s senior management officials have enjoyed a rapid increase in their salaries since Lee took the helm in 2009, and executives are suspected of having returned some of the money to Lee’s slush fund. Lee denies all charges.

The prosecution has summoned more than 10 KT executives and pledges to continue the investigation.

KT also is dealing with other issues.

At the audit of the Ministry of Science, ICT and Future Planning last week, You Seung-hee, an opposition Democratic Party lawmaker, claimed KT sold two satellites at bargain-basement prices to Hong Kong-based company ABS. One of the satellites, Mugunghwa 3, cost 301.9 billion won ($283.9 million) and was sold for 500 million won, You said.

KT yesterday admitted it was sold at that price, but added that the deal also came with some strings attached, which earned KT around 20 billion won in return for technical assistance and management costs.

“The Mugunghwa 3 was past its designated life span at the time of the sales,” said Kim Young-taek, vice president of KT Sat, a satellite business affiliate of KT, during a press conference at KT’s Seoul office in Gwanghwamun yesterday. “It was not in condition any longer to provide service in Korea.”

KT also dismissed You’s claim that a radio frequency, a national asset, was sold along with the satellite as “nonsensical.”