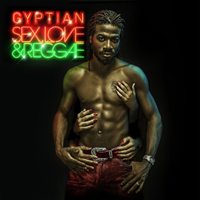 After the Nicki Minaj-assisted 2010 hit, “Hold You,” reggae star Gyptian returns with his fourth album, a subtle blend of dancehall, soca and R&B rhythms.

“Sex, Love & Reggae” is a creative and courageous step away from Gyptian’s previous albums, and it has the potential to introduce him to new fans. Themes on past records were mostly about love and politics, but Gyptian’s new 17-track set features party anthems that will have you dancing.

While Gyptian is the album’s star, credit must also go to producer Jerry Duplessis, who has worked with the Fugees, Mary J. Blige and Justin Bieber.