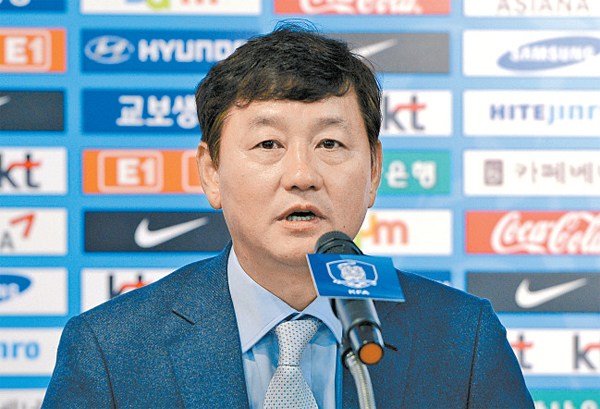 Lee Kwang-jong, 48, who was introduced yesterday as the new coach of the men’s U-22 national football team for the 2014 Incheon Asian Games, said his goal is to win the gold medal at the event, which Korea hasn’t done since 1986. Kim was the coach for the U-20 national team since 2011 and led the team to the quarterfinals in this year’s U-20 World Cup in Turkey. [NEWS1]