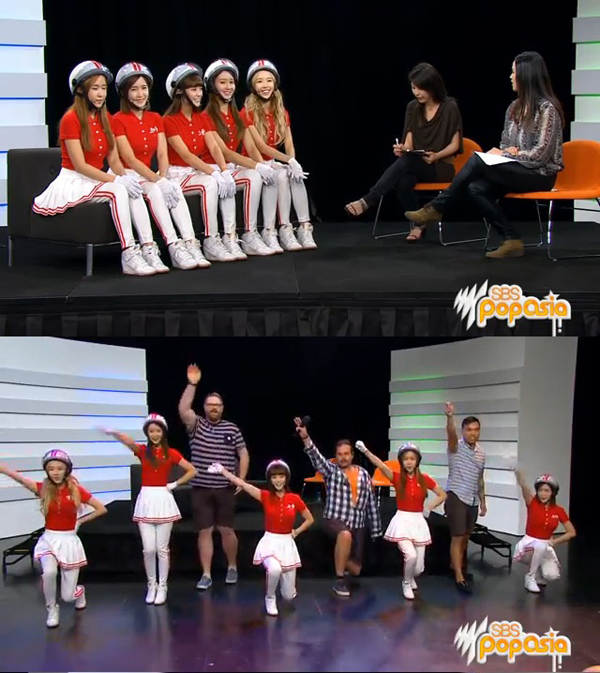 The show was broadcast not only Australia-wide but streamed live through YouTube. The show marked the idol group’s first overseas TV appearance.

The girls seemed to have a lot of fun mingling with the dance team and the audience, even joking that they wanted to have a dance-off battle with the boys.

Justice Crew, who are well known in Australia, filmed and uploaded a Halloween version of Crayon Pop’s hit song just days ago.

The program aired on Australia’s SBS, a public broadcast network that specializes in multicultural and multilingual content. It is estimated that in a given week, 40 percent of Australians tune in to an SBS show. “Pop Asia” in particular specializes in Asian music, with an emphasis on K-pop.

After the TV stint, Crayon Pop took part in more interviews and performed a guerilla gig outside the Sydney Opera House yesterday.