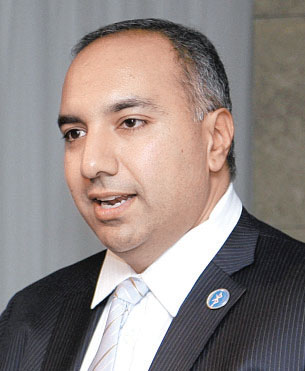 Korean companies invented one out of four Bluetooth-enabled mobile products last year, according to the global organization that oversees Bluetooth technologies yesterday.

Bluetooth SIG, which licenses the wireless technology to its 20,000 members, said 1,456 new product designs received licenses last year, and more than 350 of them were produced by Korean companies, the Washington-based organization said. Bluetooth has 845 Korean members.

Samsung Electronics and LG Electronics are two dominant users of Bluetooth technology, the company said. Samsung had 202 of its new products endorsed by Bluetooth last year, while LG had 70 products. Other Korean companies released around 80 Bluetooth-approved products.

“Korea is a very important market for us,” said Suke Jawanda, chief marketing officer of Bluetooth SIG, during a press conference in Seoul.

Bluetooth, which connects wireless devices via a short-range radio frequency band, has grown to be the world’s standard technology for short-range wireless connections since its creation in 1998.

According to New York-based research firm ABI Research, a total of 2.5 billion Bluetooth-enabled products will ship this year, and annual shipments will double to 4.5 billion by 2018.

Over the past 15 years, 10 billion Bluetooth-enabled products have been shipped, and cumulative shipments will reach 30 billion by 2018, the firm said.

The growth of Bluetooth-enabled products was more significant since the 2011 release of Bluetooth 4.0, dubbed Bluetooth Smart, which features significantly lower power consumption than previous versions. Many operating system companies and mobile product sellers, including Apple and Samsung, have adopted the technology.

It expects another boost in sales with the release of version 4.1. Jawanda described the 4.1 version as “evolutionary,” compared with what he described as a “revolutionary” change brought by Bluetooth 4.0.

Samsung Electronics officials said the quality of Bluetooth Smart will help its growth.