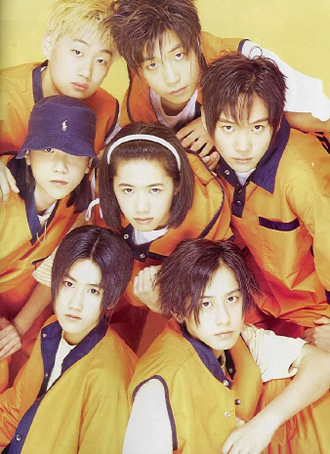 Members of classic boy group Click-B will reunite in a concert featuring all the major performers of DSP Media.

The agency released the lineup for its “DSP Festival” yesterday, prior to tickets being released on Tuesday.

The agency, which is also home to girl-group Kara, will present Click-B in an official event for the first time in 11 years. Six of the seven members of Click-B are expected to perform, except for Yoo Ho-seok, who is currently serving his military duty.

The group’s last album to feature all seven members came out in 2002. Since then, other releases have only had four members.

All seven members did take to the stage for a showcase in 2010, but they did not perform at that show.

The DSP festival will be held on Dec. 14 at Jamsil Sports Complex in Songpa District, southern Seoul. It is the first time in the agency’s 22 years that it has hosted a concert featuring only its singers.