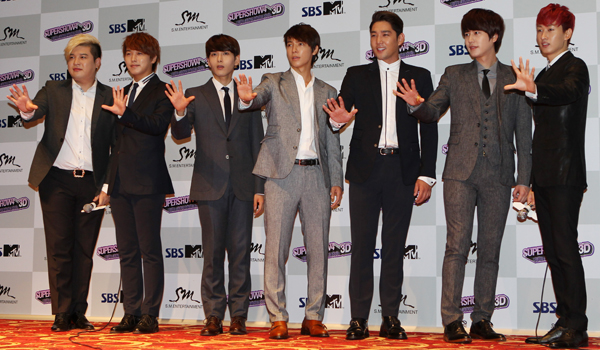 Around 2,000 Super Junior fans gathered in Benito Juarez International Airport in Mexico City to see the K-pop group as it arrived in Mexico for the first time, the group’s agency, SM Entertainment, said yesterday.

The group arrived at around 9:30 p.m. on Wednesday, and thousands of fans came to the airport despite the late arrival time, causing much congestion in the process.

The fans were holding up many different photos or placards with Super Junior’s names written in Korean.

Next up, Super Junior travels to London for a concert at Wembley Arena later today, then they go to Japan, Malaysia and Macau later this month.