E Ji-ah: I haven’t had any work done

E Ji-ah: I haven’t had any work done 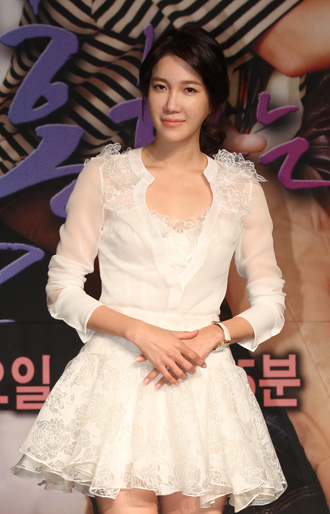 E Ji-ah’s agency has come out to defend the star amid rumors that the actress has had cosmetic surgery.

The rumors began circulating after the first episode of new SBS drama, “Thrice Married Woman,” which marks Lee’s comeback to TV for the first time in more than two years.

Since Lee’s comeback, viewers have commented that she looks different and swollen in the face.

Lee’s agency, Will Entertainment, said that the allegations were false.

“She didn’t get anything done. She’s just been in a bad state of health and her face was a bit swollen because of it,” said a spokesperson for the agency.

In the new drama, E plays Oh Eun-su - a woman with a tumultuous love-life history - a role for which actresses Han Ga-in and Kim Sa-rang were once considered for.

The drama is written by famed screenwriter Kim Soo-hyun, a 40-year veteran who has created some of the biggest dramas in Korean TV history, including “What Is Love” and “Men of the Bath House.”

Meanwhile, E has made headlines of her own in the past for her secret marriage to rocker Seo Tai-ji, which became known long after their divorce was finalized. The news broke in 2011 when she was dating actor Jung Woo-sung, but the two called it quits soon after.