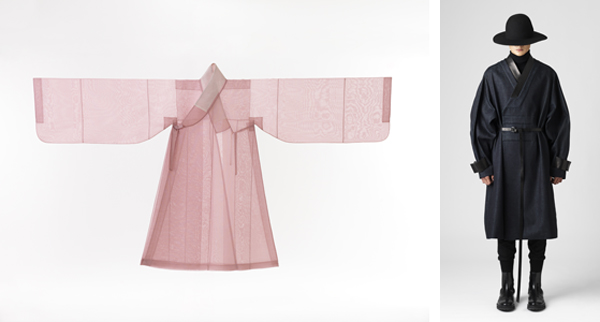 The Arumjigi Culture Keepers Foundation, a nonprofit organization devoted to protecting and preserving Korea’s traditional culture, is holding an exhibition dedicated to the fashion and spirit of seonbi, the classical scholar of Korea’s olden days, at its home in Tongui-dong, Jongno District in central Seoul. Titled “Po, the Seonbi Spirit in Clothing,” the exhibition features about 10 traditional po, or overcoats, for seonbi, as well as 15 modern po made by three designers. Comparing the spirit of seonbi to the gentleman of Western tradition, the designers say that po embodies simplicity, beautiful lines, proportion and composure. The exhibition runs until Nov. 20. Provided by the foundation