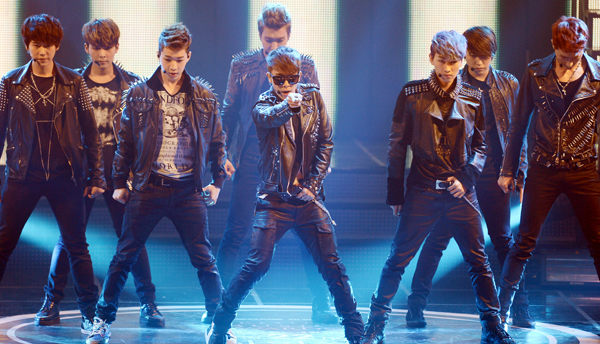 Following a successful concert in Mexico last week, Super Junior proved they are big in the United Kingdom, too, performing before 10,000 fans in London’s Wembley Arena on Saturday.

At the concert, “Super Show 5,” were fans from all over Europe, including France, Germany, Poland and Hungary, according to the group’s agency, SM Entertainment.

The show opened with their hit “Mr. Simple” and continued for 23 songs, as the guys showed off a variety of costumes and style for their screaming fans.

After completing the concert, the group moved on to Oxford University on Sunday, where they spoke to about 400 students at the Oxford Union Debating Chamber. It was the first time a K-pop boy band spoke at the university. By Lee Sun-min