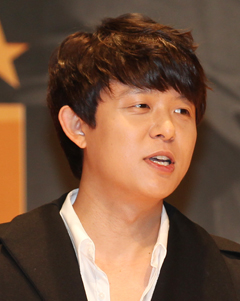 Korea’s showbiz industry is on tenterhooks as one celebrity after another has been accused of illegal online gambling. So far, four popular variety stars - Lee Soo-geun, Tak Jae-hoon, Tony Ahn and Boom (Lee Min-ho) - have been questioned for allegedly gambling big sums on sports betting websites, according to the prosecution. Online gambling is illegal in Korea except for one government-run sports site.

Prosecutors were tipped off about the celebs while investigating gambling businesses and brokers. Among the four entertainers, Lee Soo-geun has confessed. “He accepts most of the allegations,” said SM C&C, Lee’s agency. “He will stop his broadcasts and take some time off to repent.”

TV shows scheduled to feature Lee said they will edit out his scenes. The other three variety stars refrained from commenting on the issue. But their agencies admitted that all three had been summoned for questioning last week.

The TV shows hosted by the three said that they will wait for the official investigation results before reacting. Prosecutors said there are seven to eight additional celebrities involved in online gambling. This is not the first time that celebrities have been implicated in illegal betting.

Kim admitted that he had bet about 1 billion won ($871,000) on two or three sports betting websites since 2008. Kim said at the time that he didn’t have plans to come back to the entertainment industry anytime soon.

Legal analysts said that if the current crop of entertainers are convicted of betting online, they could get punishments like Kim’s. Entertainer Shin Jung-hwan, who once teamed up with Tak in the duo Country KkoKko, was also discovered to have gambled in Cebu, the Philippines. The revelation sparked controversy because he initially claimed his visit to the resort city was for the treatment of dengue fever.