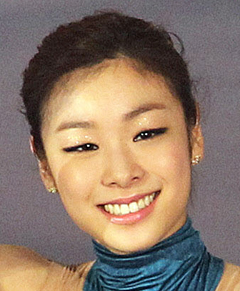 Figure skating queen Kim Yu-na has completely recovered from an injury to her right foot, her physician said yesterday. Na Young-moo, president of Sol Hospital, where Kim has received treatment for her injury, said: “She is 99.9 percent healed from the injury. She still feels some minor pain during training, but it is negligible. I saw Kim performing her short and free programs and I didn’t see any problems. She can now jump with full power and can basically perform everything she needs to now.”

The 2010 Vancouver Olympics champion was supposed to participate in the International Skating Union’s Grand Prix events in Canada (in October) and France (in November), but she had to withdraw due to an injury she sustained to her right foot while training in September. Last week, Kim said she will participate in the Golden Spin of Zagreb, which will be held Dec. 5 to 8. The event will be her first appearance since winning the Canadian Championship in March.

“Her ankles and wrist that have been consistently bothering her in skating do not have any problems at all,” Na said. “But I suggested that she not wear heels and also to be more careful when she practices on the ground because it certainly has a different condition than the practice she does on ice.”

All That Management, Kim’s agency, said she is in good shape to win the event that will be held in Croatia. “We think her physical condition is better than ever for recent months,” a spokesman of the agency said. “But she is carefully taking training sessions and sometimes going through some intensive training sessions that she wasn’t able to do during rehabs.”

In a recent press conference, Kim said, “The new free-skating program [Adios Nonino] demands strong stamina because it is developed with high-tempo music. Since I have been working on it for a long time, I have pretty much mastered the program, but I think some techniques including jumping skills, need more work, and I think the upcoming Croatia event could help me to do so.”

This is the second time Kim will be performing to tango music after her impressive senior debut with “El Tango de Roxanne” in the 2006-7 season. She performed to music from the 2001 film “Moulin Rouge!” in her short program that season, when she won the 2006-7 Grand Prix final and finished third at the world championships.