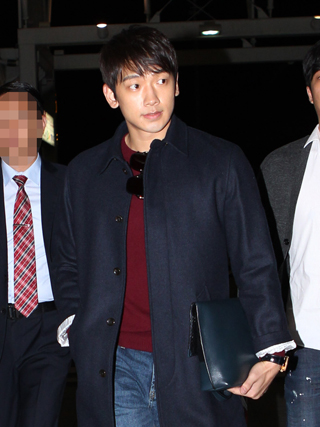 Rain started his 10-concert international tour yesterday in Nagoya, Japan, his first tour since being discharged from the military in July.

Called the “2013 Rain Zepp Tour-Story of Rain,” the tour will take Rain to Nagoya, Fukuoka, Osaka and Tokyo, wrapping up on Nov. 28.

Having been out of the spotlight for more than two years because of his military service, music industry insiders believe Rain is going to be busy reconnecting with fans for the near future.

Although the entertainer, whose real name in Jung Ji-hoon, has received many offers from film and television producers, it appears he is focusing on his singing career for now. He recently said he has recorded about six songs already and is aiming to release a new album early next year.

Last month, when Rain met with 3,000 fans in Korea, he said he wanted to have a show that highlighted his various aspects and charms.