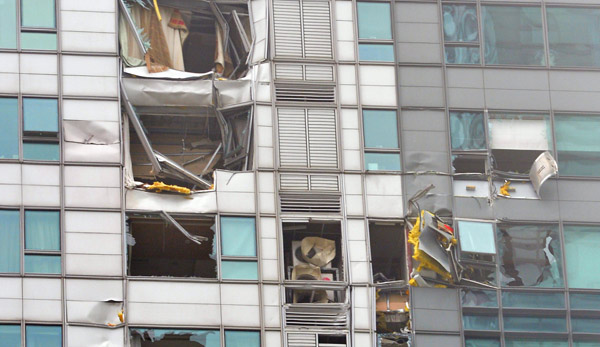 The National Emergency Management Agency said a helicopter owned by LG Electronics crashed into the 24th and 25th floors of building 102 of the I-Park apartment complex in Samseong-dong around 8:55 a.m.Two bodies were recovered at the scene. 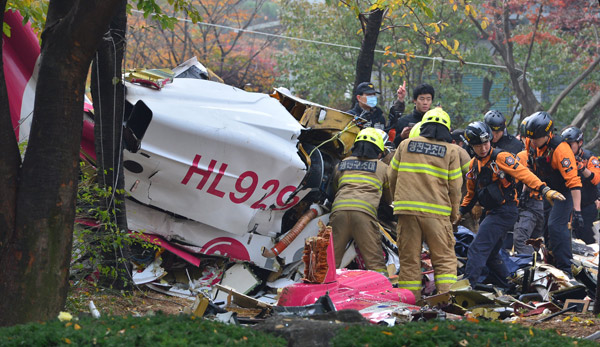 The agency said they were believed to be Park In-gyu, the 58-year-old pilot, and Goh Jong-jin, the 37-year-old copilot.While the crash destroyed several stories of the 30-story-high building, no immediate casualties among the residents were reported. 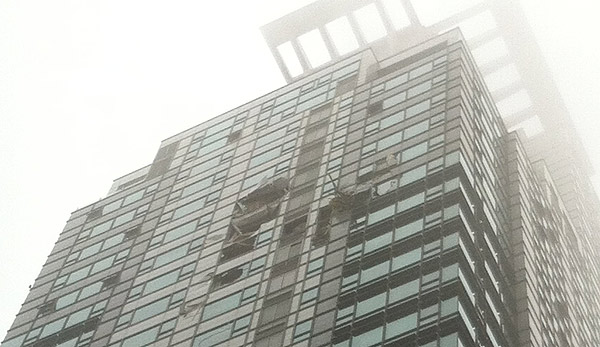 The authorities said the helicopter was on its way to pick up LG executives for a trip to Jeonju.

It was flying from Gimpo Airport to Jamsil.The helicopter was a U.S.-built Sikorsky S-76 and LG Electronics reportedly purchased the commercial utility aircraft in 2007.While the cause of the accident will be determined in an investigation, the morning weather was foggy and authorities suspected that thick fog could have obstructed the pilots' view.

At some regional airports, domestic flights were canceled or detoured due to poor visibility.According to the Korea Meteorological Administration, the visibility at Seoul's Songwol-dong center at 9 a.m. was 1.1 kilometer. The weather body, however, said the visibility in Samseong-dong was not available.

The Ministry of Land, Infrastructure and Transport said an investigation will be started at the Seoul Regional Aviation Administration.