For Filipinos in need

For Filipinos in need 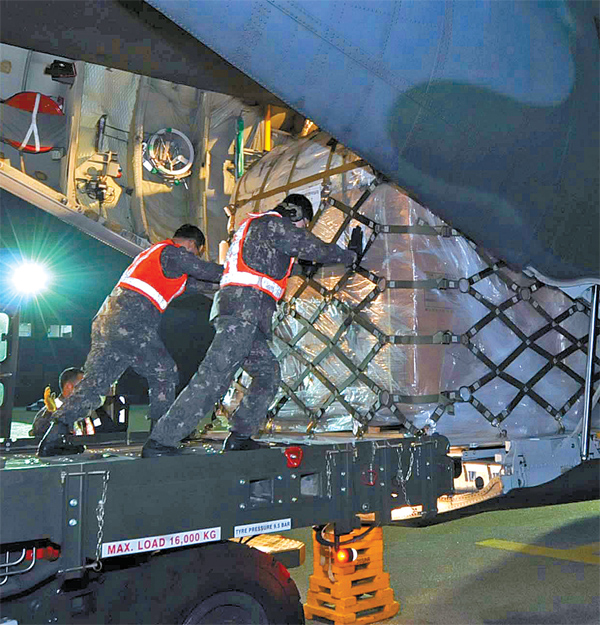 Korea sent off two C-130 military cargo aircraft yesterday from Seoul Air Base in Gyeonggi to carry relief supplies to Tacloban following Typhoon Haiyan, which flattened parts of the Philippines last Friday. The Ministry of Foreign Affairs said yesterday that military aircraft will carry $80,000 worth of emergency and medical supplies between yesterday and today. A 44-member emergency response team will start medical support on location soon. The ministry said that 19 out of 55 Korean nationals in the storm-hit regions remain unaccounted for. President Park Geun-hye also donated to a fundraiser organized by broadcaster KBS yesterday. Prime Minister Chung Hong-won said the government should provide support beyond the $5 million in aid Korea has already pledged. Jasmine Lee, a proportional representative of the National Assembly of the ruling Saenuri Party and a Philippine-born naturalized Korean citizen, yesterday proposed a bill to help support the recovery of the Philippines from the typhoon. The Korea Red Cross said it will send $1 million in cash and another $1 million in emergency relief goods to the Philippines. Figure-skating champion Kim Yu-na, a Unicef goodwill ambassador, donated $100,000 to help children who were affected by the typhoon. [NEWSIS]