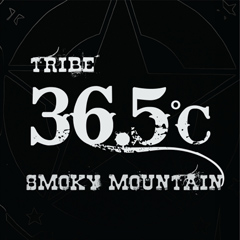 
Middle-aged actor Choi Min-soo has released his first album as a singer-songwriter. “Tribe Rocksan,” with 12 songs, is the fruit of his last five years performing underground. He calls his music “shaman rock,” in that it heals a wounded heart like the spell of a shaman.

One might expect more serious lyrics with the grave and harsh sound of his voice. Yet Choi’s thoughts and perspectives about life are suggested in the simple and light lyrics.

“June” stands out in its simplicity and naivety. The song, which Choi dedicates to his wife, explains a situation that was disclosed on TV two years ago. From the plain words that he uses, one can feel his exceptional love for his wife. Choi is, in fact, known to be a devoted husband. Another track relevant to his family is “Small Snickers,” which is about his son, and the sweet lyrics stand out in contrast to the grave sound of original rock.

Clearly no one can easily breathe those sentiments like Choi, for he has endured some dark times. But at the same time, it is surely doubtful how many listeners will appreciate his solemn sounds.