Jang Geun-suk is a ‘Beautiful Man’

Jang Geun-suk is a ‘Beautiful Man’ 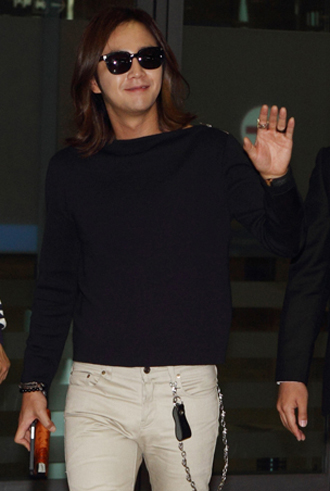 Actor Jang Geun-suk shared his excitement about a new drama he will play the lead role in during a press conference yesterday at a hotel in Nonhyeon-dong, southern Seoul.

The upcoming drama, “Beautiful Man,” has Jang take on the part of Dokgo Matte, who is widely known for his good looks. Jang’s character learns how to live life while seducing 10 women who are considered within the top one percent of the Korean population either for their looks, job or academic background.

“There will be much to see as the drama will require trying out a variety of fashions and other things,” he said to raise anticipation over the series that starts its run tomorrow.

It has been said that Jang has waited about a year to film this drama after confirming his role.
“After I was offered with the role, I thought it was worth taking a challenge,” he said.

“I wanted to get back to being actor Jang and I felt that this character is so like me.”