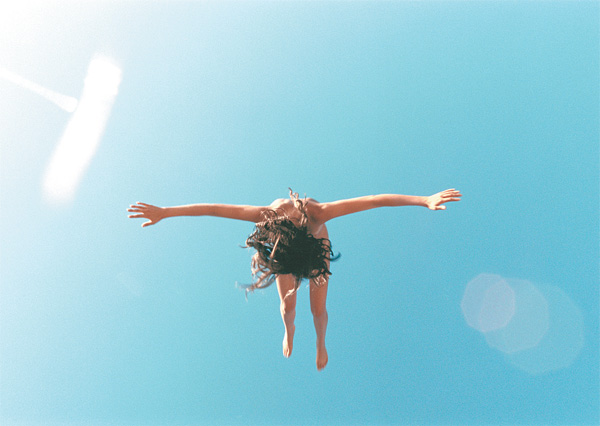 Though we are living in a flood of portrait photo images, including the self-important “selfies” of celebrities or of our friends on social network services, we still get excited about the images of human faces when their expressions tell us many stories about themselves or the surroundings in which they have lived in. Several photography exhibitions featuring such photos are going on or will start soon in Seoul. 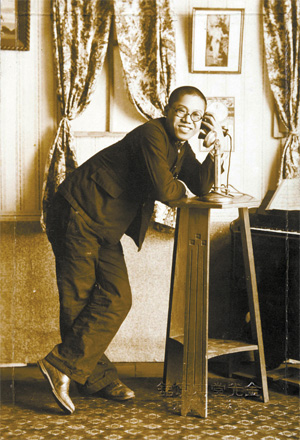 “A Boy Posing As If He Were Having a Phone Call,” by Geumgwangdang Photo Studio in Seoul in the 1920s

The third edition of the annual Seoul Photo Festival, hosted by the city government, has the title “Portraits of Our Time: 1883-2013.” It indicates that the festival’s exhibits are intended to look back on the modern history of Seoul and Korea through portrait photos of its people.

The festival’s main exhibitions are divided into two parts: Part one is “Portraits in Modern Era,” and Part two is “Portraits Today.”

Part one starts with portrait photos juxtaposed with portrait paintings depicting the same models. They show how the main method of portrait has changed since Kim Yong-won, a pioneer of photography in Korea, opened the country’s first photo studio in central Seoul in 1883.

The exhibits include not only typical portrait photos taken in studios in the 1920s and 1930s, but also photos for anthropological research and rogues’ galleries, including Korean independence activists under Japanese colonial rule.

Part two includes typical portraits of models or celebrities for magazine covers in the period of fast economic growth as well as portraits of ordinary people by photojournalists and fine-art photographers.

The festival also includes special exhibitions; “Bukchon and the People” and “Marriage Stories of Seoul Citizens.” There are also educational programs, including lectures by professionals. 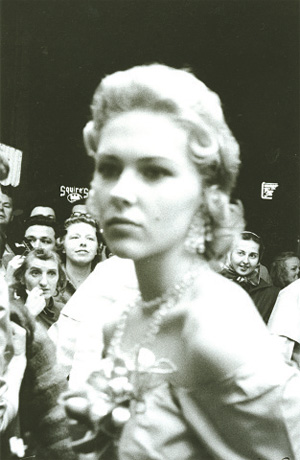 The solo show of popular American photographer Ryan McGinley features photos of young people freely running, jumping or dancing, often in open, colorful landscapes. Most of them are in the nude, but their bodies in motion carry a sense of primitive freedom rather than eroticism.

“Activity is a very important element in my photography,” McGinley, 36, said in Seoul earlier this month. “And the biggest reason why I take pictures of young people is their rebellion and, most of all, freedom.”

The models are mainly his fellow downtown artists. McGinley rose to fame in his 20s with such “young and beautiful” photos and became one of the youngest artists to have a solo show at the Whitney Museum of American Art in New York.

The exhibition runs through Feb. 23 at Daelim Museum. 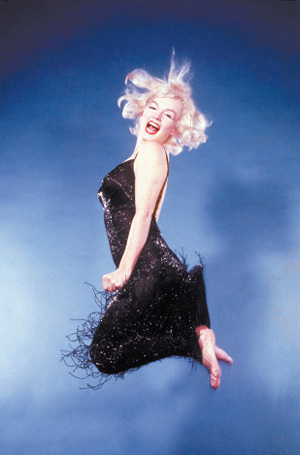 “Marilyn Monroe”(1959) by Philippe Halsman. Provided by the exhibition organizers

Philippe Halsman (1906-79), was a renowned Latvian-born American portrait photographer whose pictures appeared on the cover of 101 issues of Life magazine. He sought to convey messages of hope and courage with jumping shots of his models.

According to the organizers, when he was falsely accused of his father’s death and imprisoned for more than four years, he started thinking about the difference between truth and that which appears to be the truth. When he became a portrait photographer, Halsman decided to show the true nature of people and developed a philosophy of “jump photography” in which he asked his models to jump. The models included Marilyn Monroe, Audrey Hepburn and former U.S. President Richard Nixon. His photos transcended the inner soul of people and created a psychology portrait genre. 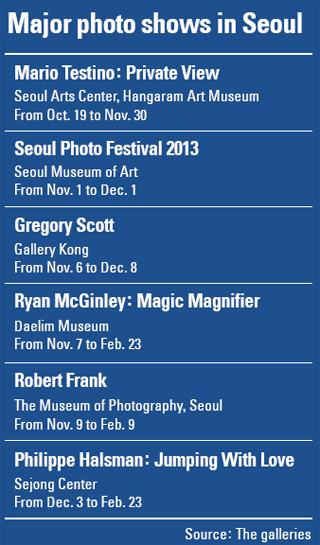 In the “Jumping With Love” exhibition, more than 200 of Halsman’s works are presented for the first time in Korea, along with the props of some of the celebrities in his photos. Also included in the exhibition are some Korean celebrities, including figure skating queen Kim Yu-na, female weightlifter Jang Mi-ran and actor Ahn Seong-gi.