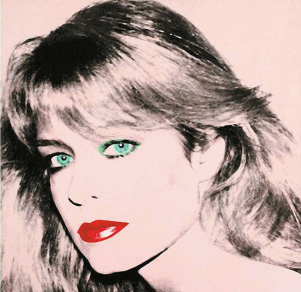 LOS ANGELES - Andy Warhol’s artwork has always grabbed attention and sparked discussion, but one of his portraits of Farrah Fawcett is about to receive scrutiny of a different kind in a Los Angeles courtroom.

The case centers on a relatively simple question: Does one of Warhol’s depictions of Fawcett belong to her longtime lover, Ryan O’Neal, or should it join its twin at her alma mater, the University of Texas at Austin?

To decide the case, jurors will hear testimony and see evidence focused on Warhol and O’Neal’s friendship, his relationship with Fawcett and the actress’ final wishes. The panel will likely get insight into Warhol’s creation of the Fawcett image, which was based on a Polaroid photo the artist took of the “Charlie’s Angels” star in 1980.

The image, one of the main attractions in a 2011 exhibit on portraiture at UT’s Blanton Museum of Art, features an unsmiling Fawcett looking out from the canvas. Warhol painted her lips red and her eyes green in an otherwise uncolored image.

Jury selection in the trial is expected to begin this week, with O’Neal and possibly Fawcett’s “Charlie’s Angels” co-star Jaclyn Smith taking the witness stand. The case resumes today, when lawyers will argue what evidence will be admitted during the trial, which is expected to take two weeks.

Fawcett decreed in her will that all her artwork go to the school, yet O’Neal insists that Warhol gave him a copy of the portrait as a gift and it belongs to him.

Warhol’s art continues to garner attention and high prices. His painting of the immediate aftermath of a car crash sold for $105 million at auction last week, although the value of his Fawcett portrait is at dispute in the case. Estimates range from $600,000 to more than $10 million, according to filings in the case.

University of Texas’ lawyers contend O’Neal improperly removed the portrait from Fawcett’s condominium after her 2009 death. The Oscar-nominated actor had the artwork moved there to prevent it from being damaged by the salty air at his beachside home and had the right to retrieve it, his lawyers argue.

O’Neal has countersued the university, seeking the return of a cloth napkin that Warhol drew hearts on and gave as a gift to Fawcett and the actor.

“It is a precious memento of his life with Ms. Fawcett, the love of his life, with whom he was romantically involved for 30 years up until the time of her death,” O’Neal’s lawyers wrote in a trial brief. “Because O’Neal’s Warhol portrait is an heirloom, he never intends to, nor will sell it.”

The university says the case is about honoring Fawcett’s wishes.

“We simply want to honor and respect the charitable intent and wishes of Farrah Fawcett,” UT’s Vice Chancellor for External Relations Randa S. Safady wrote in a statement. “It is indisputable that in Ms. Fawcett’s living trust, she named the University of Texas at Austin as the sole beneficiary of all of her works of art, including artwork she created and all objects of art that she owned, for charitable purposes.”

Court fights over assets frequently occur and are likely to increase as people gain greater understanding of their rights in estate cases, said Bradford Cohen, an estate and tax attorney in Venable LLC’s Los Angeles office.

“What comes up a lot in the estate area is that it’s not clear what the intentions of the deceased were and what the deceased owned,” Cohen said. “These things get slugged out a lot in litigation.” AP