Time for a tour

Time for a tour 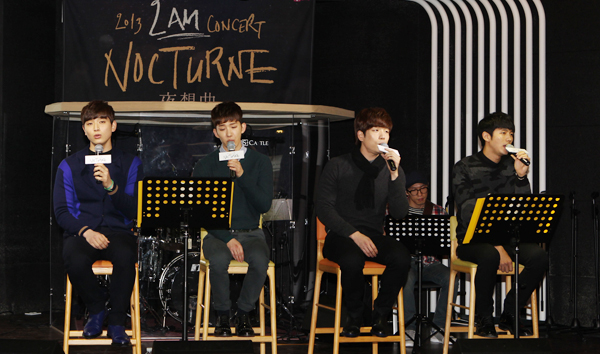 Members of the boy group 2AM gathered in Sinsa-dong, southern Seoul, to give a first taste of the kind of songs that will be included on their new album. The group will release “Nocturne” on Nov. 27, followed by concerts on Dec. 7 and 8 at Seoul Olympic Park in Songpa, southern Seoul. A week later, 2AM will head to Los Angeles for another concert on Dec. 15 and then to Taiwan for a show on Dec. 21. [JoongAng Ilbo]