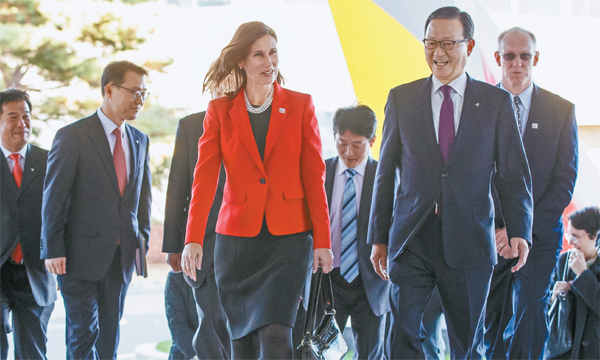 Deborah Hersman, chairman of the U.S. National Transportation Safety Board, is accompanied by Asiana Airlines President Yoon Young-doo, right, as she enters the airline’s headquarters in Gangseo District, southwestern Seoul, yesterday. Yoon gave Hersman a tour of the company’s pilot and crew training facilities as well as its maintenance system. Hersman was in Seoul as part of the NTSB’s investigation of the crash of Asiana Airlines Flight 214 at San Francisco International Airport in July that killed two Chinese students. [NEWS1]