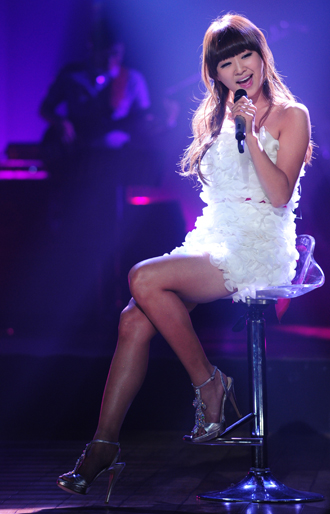 Hyolyn of girl group Sistar is getting ready to launch her career as a solo singer. Her agency, Starship Entertainment, released photos of her online yesterday.

“We have worked on this album for over a year so that Hyolyn can earn the title of diva, more than just an idol star,” the agency said.

“Every song on her album is good enough to be a title song - the album is that well made.”

Hyolyn’s album, “Love and Hate,” will be released on Tuesday. Sistar debuted in 2010, picking up numerous awards for top rookie K-pop act.