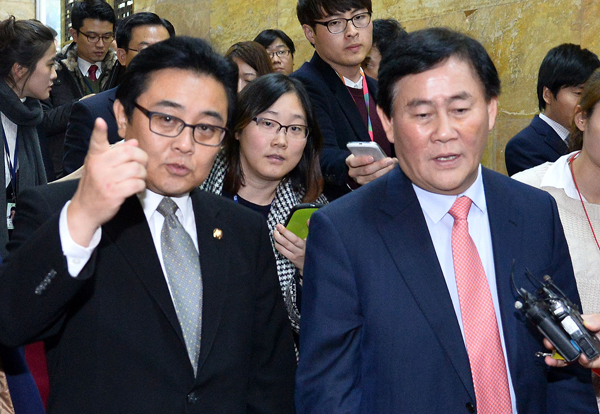 Representatives Choi Kyung-hwan, right, and Jun Byung-hun, floor leaders of the ruling Saenuri and opposition Democratic parties, talk after an emergency meeting to discuss the passage of two bills at the National Assembly in western Seoul yesterday. One of the bills was the approval of the appointment of Hwang Chan-hyon as chairman of the Board of Audit and Inspection, which automatically lapsed hours later after it passed its deadline of three days. The second bill was to dismiss Justice Minister Hwang Kyo-an, which is expected to lapse tomorrow. [NEWSIS]