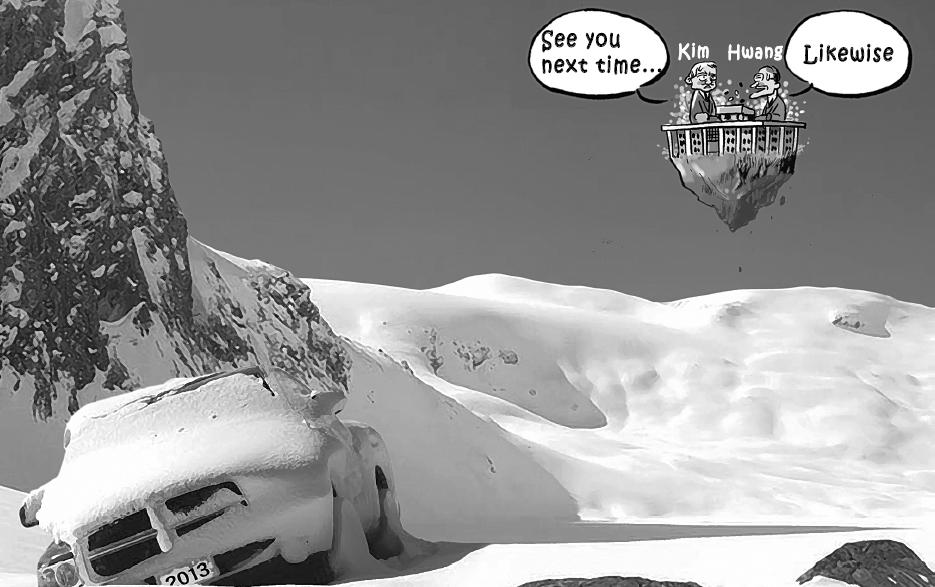 After spending nearly a year in political fights, the ruling Saenuri Party leader Hwang Woo-yea and the opposition Democratic Party leader Kim Han-gill reached no agreement yesterday on how to address those conflicts, except for a promise to meet each other in a few days.