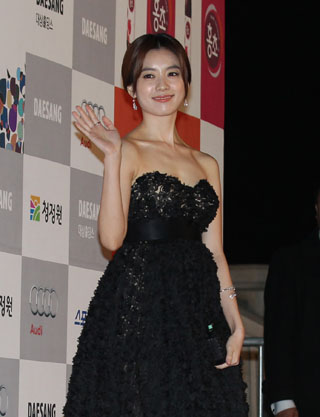 The Supreme Prosecutors’ Office said yesterday that actress Han Hyo-joo was the victim of an attempted extortion scheme by managers from her former agency Phantom Entertainment.

Allegedly, one manager and two others demanded 400 million ($376,600) from Han’s father for not distributing photos that would reveal information about her private life, according to local media reports yesterday.

The three people were arrested by the Supreme Prosecutors’ Office on the suspicion of attempted blackmail.

Han’s father reportedly approached his daughter with the threat. After she responded that she had done nothing that could be problematic, he called the police.

Han’s father worked with the police from early this month, helping them locate the blackmailers. It appears they did not have any incriminating photos of the actress.

Han’s current agency, BH Entertainment, said Han had done nothing wrong and it would take firm actions against any blackmailing attempts.