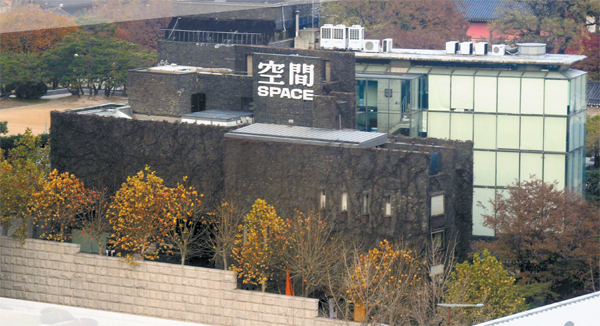 The home of architectural firm Space Group will be turned into an art museum by Arario Gallery, which bought the historic complex in Wonseo-dong, central Seoul, for 15 billion won (14.15 million dollars).[NEWSIS]

The historic home of the architectural firm Space Group has found a new owner. Arario Inc., a logistics and retail company that operates one of Korea’s leading art galleries, has bought the famous complex in Wonseo-dong, central Seoul, for 15 billion won ($14.15 million) and will turn it into an art museum, scheduled to open in late September 2014.

With Space in court receivership, many were worried what developers might do to the building, located on some valuable real estate in the heart of the city. But according to both companies in an announcement yesterday, the sale was made on the condition that Arario would not change the architecture of the brick building designed by Kim Swoo-geun (1931-86), founder of Space.

The building, completed in 1972, has often been called the most beautiful work of modern architecture in Korea, with its reddish-black exterior covered with ivy and its unique interior structure. The brick building, a chiefly glass building constructed in 1997 and a rebuilt hanok (traditional Korean house) make up the complex.

Arario agreed to preserve the legendary architect’s studio in the brick building, which is filled with articles he left, and get the building registered as a cultural property.

“Chairman Ci Kim of Arario decided to purchase the Space complex because he felt bad that there had been no bidders in the recent public auction for such an important building in the history of modern Korean architecture, which had held so many art exhibitions and performances,” said Henna Joo, executive director of Arario Gallery. 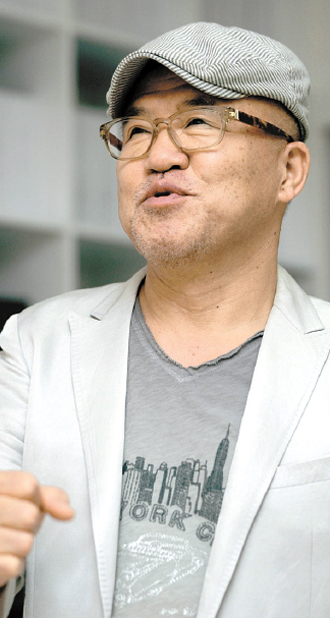 Ci Kim, chairman of Arario, is an important player in the art world. He was listed as one of the world’s top 200 art collectors by the New York-based art magazine ARTnews this year for the sixth time. [NEWSIS]

“Making the Space complex an art museum is part of larger plans for Arario,” she continued. “Under the project that we have been preparing for more than five years, we will open art museums over the next few years, including seven spaces on Jeju Island, to show the art collection that Ci Kim has formed over the last 35 years and to actively support artists.”

With Arario Gallery in Cheonan, South Chungcheong, and its Seoul branch south of the Han River in Cheongdam-dong, Kim has become an important player in the art world. He was listed as one of the world’s top 200 art collectors by the New York-based art magazine ARTnews earlier this year. It was the sixth time that his name was included in the annual list. In addition, the art-collecting businessman has evolved into an artist himself, with seven solo shows over the last decade.

But even with the sale, controversy over the preservation of the historic building might go on.

The Kim Swoo Geun Foundation, which is dedicated to commemorating the firm’s founder, released a statement yesterday saying that it is disappointing that its attempts to turn the building into a public space have failed and urged Arario to use it for public purposes.

“Thanks to the support of many, we were in the process of making the building a public space through social funding,” said Park Ki-tai, president of the Kim Swoo Geun Foundation. “So we find it regrettable that our attempts to make the building into a public space have failed.”

Park said the foundation still believes that the best way to preserve the building is to transform it into a public place, and called on Arario to join in its efforts to do so. In addition, it also urged the Cultural Heritage Administration to register the building as a cultural property.

On Nov. 18, about 100 prominent figures from Korea’s culture community released a statement saying that whoever becomes the new owner should recognize the significance of the building to Korean culture and use it for public purposes.

Those signing the statement included some of the biggest names in Korea’s arts community - Yu In-chon, a former culture minister; You Hong-june, former head of the Cultural Heritage Administration; Park Chan-wook, a film director; Seung H-Sang, an architect; and Kim Duk-soo, a traditional percussionist.

And on Nov. 21, the Space building went to public auction, but did not receive any bids.