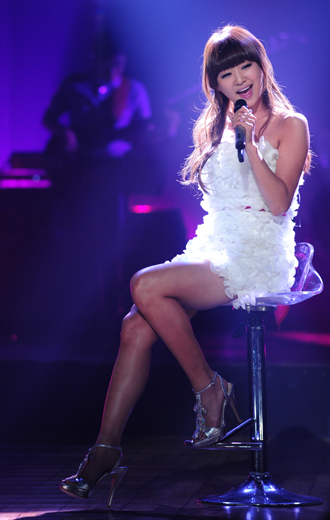 The first solo singles by Hyolyn of the girl group Sistar raced to the top of most local music charts yesterday morning, with the release of her album “Love and Hate.”

Two songs were officially released as singles, the ballad “Lonely,” which hit No. 1 on Olleh music, and the uptempo “One Way Love,” which topped Melon and other charts.

Hyolyn’s album has been hotly anticipated by many fans, especially following her performance at the Mnet Asian Music Awards with Stevie Wonder on Friday in Hong Kong.

Her agency reportedly said that it wanted to show that Hyolyn can become a diva in her own right, rather than just a member of an idol group, so it made her solo debut a full-length, 10-song release rather than an EP.