‘A Well Grown Daughter’ tells the story of girl-turned-boy

‘A Well Grown Daughter’ tells the story of girl-turned-boy 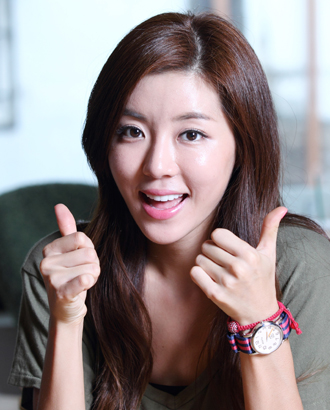 Cast members of the upcoming daily drama “A Well Grown Daughter” gathered together in a press conference yesterday at Times Square in Yeongdeungpo, southwestern Seoul.

The drama on cable channel SBS will tell a story of the fourth-oldest daughter named Jang Ha-na, who has to disguise herself as a boy after her family struggles with its soy-sauce-making business.

Actress Park Han-byul is playing the daughter, Jang, whose boy name will be Jang Eun-sung. For the role, Park cut her long hair very short for the first time in her life.

“I think the public doesn’t really know real me, who is a more boy-like character, so I thought the way to break that stereotype is to show it through work,” she said at the press conference.

The drama will be aired for the first time on Dec. 2.