Art helped save his life, so he’s giving it away

Art helped save his life, so he’s giving it away 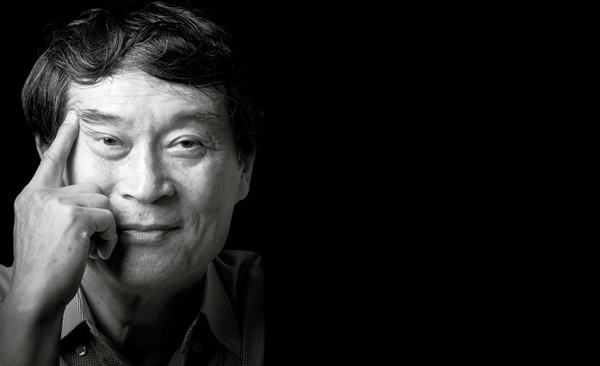 Ha Jung-woong, 74, first visited Korea with his parents in 1973. From 1991 to 2008, he donated about 10,000 pieces of art to the Gwangju Museum of Art, Yeongam County in South Jeolla and the Jeonbuk Museum of Art. By Kwon Hyuk-jae

AKITA, Japan - Over the past two decades, a second-generation Korean-Japanese man has donated his lifelong collection of artworks - about 10,000 pieces - not to Japanese galleries, but to regional galleries in the countryside of his motherland, Korea.

He also donated a property he had owned in the countryside of Korea, along with money, when he heard there was no facility for the blind in the town, so that the regional government could build a center for them.

The life of Ha Jung-woong, 74, has been all about sharing, giving and donating. Since he settled down after starting his own business in his mid-30s, his life has been dedicated to giving.

What makes this man in Japan donate his art collection to Korea?

For several days, the JoongAng Sunday, an affiliate of the Korea JoongAng Daily, followed Ha, who has been busy traveling between the two countries, taking positions as an honorary director of the Gwangju Museum of Art in South Jeolla, as well as the chairman of the Surim Cultural Foundation in central Seoul.

On Nov. 16, the Gwangju Museum of Art launched an exhibition that centers around Ha’s activities of giving under the title, “Collector Ha Jung-woong, the beauty of sharing.” This exhibition, which continues until March 16, looks at what the true spirit of sharing is and how to find the heart to sponsor cultural arts.

Another exhibition, which rotates between eight city and provincial art galleries throughout the country and is titled, “Ha Jung-woong collection: Art of prayer,” is also ongoing until February 2015.

“This is where I always took a walk and thought and dreamed,” said Ha while walking through Senshu Park, just 10 minutes away from Akita City Station. “To catch a train, I had to wake up at 5:30 in the morning and run to the station. It took me three hours one way to go to school so I spent six hours a day on a train. I can say that my philosophy on life was created on this railroad.”

As soon as this reporter got off the plane, Ha urged us to go to Akita Industrial High School, where he had graduated. To get to the school, we had to go through the park.

“I couldn’t afford a cup of coffee so instead of going to a cafe, I usually dated a girl on this bench,” said Ha. “I dreamed of becoming a painter when I was young, so as soon as I came to high school, I made a painting club. It was very popular. There were only four girls in my class, and they all joined the painting club. The other boys got really jealous of me because of that.”

Ha said he liked talking to nature while walking in the park. He discovered materials for paintings or the blueprint for the future, all in this park. It’s also where he would read the books that he borrowed from a library and lose track of time, barely catching the last train home.

“I remember the autobiography of [U.S. steel industrialist Andrew] Carnegie,” said Ha. “When I look back, I believe my spirit and ‘mecenat’ [or ‘patronage’] of sharing started from Carnegie’s life. I didn’t even have money to buy lunch for myself, but I cherished a hope in my heart that one day when I earned money, I would become a philanthropist like Carnegie.”

Ha liked painting and was also good at it. At the time, Ha’s painting class teacher submitted Ha’s drawing and his own for a competition for the general public. However, when Ha’s painting won a prize while the teacher’s didn’t, Ha says the teacher teased him, “You can be my teacher.”

“I think that experience became the root of my act of collecting artworks,” said Ha. “I wanted to become a painter but couldn’t due to my family circumstances. I guess such pitiful circumstances made me keep close to art unconsciously.”

Ha’s father left his hometown of Yeongam, South Jeolla, during the Japanese colonial era and moved to Japan. Having no connections in the new country, Ha’s father worked as a laborer at construction sites then as a horseman. The family struggled with poverty so much that Ha’s mother even attempted to jump into the lake with Ha many times to end their lives. But the hope of sending her son to school made her walk out of the lake and again go out to the streets and sell rice for money.

“Back then, I didn’t know how beautiful Akita was. I hated it. I lived through one day but wasn’t sure if I could the next day. Everyday was a struggle,” said Ha.

At Warabi-za, a cultural neighborhood near Akita, several of Ha’s friends were waiting for us. They all praised Ha, saying that he was a mature student with leadership skills, despite a difficult family background, while recalling old memories and talking about Ha’s paintings.

“My life changed when I met Ha Jung-woong,” said Chadani Juroku, 72, director of the Folk Art Research Center in Akita. “When I witnessed his life, I found new meaning in life. It was Ha who influenced me to study the history of the Goryeo Dynasty at university and why I came to like Korean culture and history. I believe the starting point of Ha Jung-woong collection is right here, in Akita.”

Kumagai Tooru, a superintendent of education in Semboku city of Akita Prefecture, said he has good news for Ha.

“From next year, Korean language will be included as one of the optional subjects at Kakunodate Public High School. It’s unprecedented in Akita Prefecture,” said Tooru.

Upon hearing the news, Ha said, “Akita’s atmosphere, its people and its relations made me the person I am now. This land allowed me to work closely with art and to act as a bridge between Korea and Japan.”

According to Ha, the producer of the hit Korean television drama series “Iris” chose Akita as its shooting location after watching a television documentary series on Ha that was filmed there.

In March 1959, Ha left for Tokyo with only his high school graduation certificate in his hand. He was sure that he’d have no problem landing a job as he had graduated from an industrial high school that allowed its graduates to find work relatively easily, and, moreover, Ha had a recommendation from his high school principal. But he couldn’t have been more wrong. Ha was just a poor Korean who was unwelcome anywhere. Ha is usually quite reserved when talking about discrimination and being treated poorly in Japanese society, but this time, he opened up.

“I got a temporary job receiving 260 yen ($2.55) per day and attended a design school in the evenings,” said Ha. “One day, I suddenly lost my vision and couldn’t see anything because I was so exhausted and couldn’t eat for days. Such an experience in my early 20s allowed me to donate and help the blind.”

But, Ha says, “Heaven helps those who help themselves.” Ha was able to turn a number of crises into opportunities and turned his unhappy life into a happy one.

“After getting married, I took over a small electronics shop at Kawaguchi city in 1964. The funny thing is, the previous owner that me and my wife purchased electronics from for our new home cheated us and we had to bite the bullet and purchase the shop. But to my surprise, the shop grew so big so fast,” said Ha.

That time was a positive phase for Ha as the Tokyo Olympics were soon to be held and many houses began purchasing television sets. Ha was raking in money. Then, Ha got tricked once again when he was starting a new leasing service business, but that also turned out to be a great moneymaker. But Ha says money wasn’t why he started to collect artworks. It was because of his headaches.

“When my husband suffered from headaches or was depressed, he didn’t take pills,” said his wife, Yoon Chang-ja. “Instead, he went to a department store to take a stroll. At that time, Japanese department stores housed art galleries. I think he went there to look at the paintings, not to buy clothes or something else.

“One day, we went to an art gallery at a department store as it was holding an exhibition of a famous Japanese painter,” said Yoon. “In the next hall, another Korean-Japanese painter was holding an exhibition. He said no one had purchased any of his works, so we decided to buy one. That started the relationship and we frequently visited his workroom. Since then, my husband rolled up his sleeves to support Korean painters and let their works be known in the world.”

Korean artist Jeon Hwa-hwang (1909-1996) was the one who turned Ha into an art collector. “Maitreya Buddha” is Jeon’s work from 1976 that Ha saw in the gallery at a department store. It was the first piece of art that Ha collected. Ha considered it as “the face of his mother, who sacrificed her life for her family, and the portrait of a Korean in a foreign land without friends or family.”

“When I first saw the painting, my heart sank. That was it,” said Ha. “It reminded me of the Korean War that I’ve only read about through newspapers. Why would people fight such a war? Why are the brothers of one blood divided in North and South, aiming their rifles at each other? The Maitreya Buddha brought inner peace to my painful heart. That’s why I named my collection as the ‘Art of Prayer.’?”

When people ask Ha what art can do for people, Ha says he tells them that “art is a prayer.”

“Art has protected me throughout my life and I want to share it with others,” said Ha. “For me, donating my art collection is a way to repay the world for saving my life, to show my thankfulness. People tell me that I am showing a good example of mecenat, but I feel like I am just repaying a little bit of my debt of gratitude. What I am proud of is that I am doing this through not what I learned from books but from my experiences. The basis of my collection is for the hearts and souls of the Koreans who died in vain, crushed by the wheel of history.”

Ha says he wants to ask people, “Are you clenching both your hands tightly? If so, you’ll die. You have to unclench a hand to grab something else. Then you can give and fill your hand again.”

To spread the philosophy of an “unclenching hand” through his 10,000 pieces of artwork, Ha says he’ll continue to go back and forth between Korea and Japan.