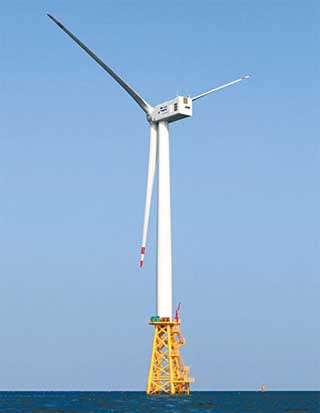 Doosan Group has been strengthening its global presence, although the world economy remains in a sluggish state. According to recent press release, the 12th-largest conglomerate will raise itself up to the highest global standard by expanding overseas production bases and investing in state-of-the-art technologies. While the overall direction for globalization is set at a group level, each affiliate has a different strategy.

Doosan Corporation, the holding company of Doosan Group, has been seeking to expand in China. Last July, its two business groups Mottrol and Electro-Materials completed the establishment of their first foreign production bases in Jiangyin and Changshu of Jiangsu Province, respectively. The Jiangyin Mottrol plant produces oil hydraulic equipment for excavators, and the Changshu Electro-Materials plant makes copper clad laminate (CCL), core material for electronic products such as cell phones and tablet PCs. The opening of the plant is timely, as the CCL market will amount to as much as $6.8 million by 2016, according to industry watchers.

Doosan Infracore, the machine tool manufacturing subsidiary, is also stepping up global expansion. It has been forming a strong network with local dealers to strengthen marketing activities in the emerging market. This January, Doosan started operating an excavation plant in Brazil, with production capacity of 1,500 units. The plant is the first manufacturing base in Central and South America, as foreign bases were previously limited to Asia, Europe, North and South Americas. Doosan said the plant will enhance product competitiveness, as logistics costs will be cut significantly.

Doosan is currently operating in 38 countries, and the number is expected to increase. As Chairman Park Yong-maan stressed in his inauguration speech in 2012, the conglomerate is determined to build “Proud Global Doosan.”

“Only the prepared companies will outpace competitors,” said Doosan through a press release. “We will strengthen fundamental competitiveness by investing in products and technologies, and aim for organic growth.”