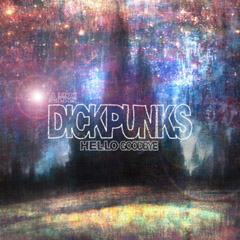 The band Dick Punks has released its second album, “Hello Goodbye.” A longtime indie band in Korea, they rose to fame through Mnet’s popular audition show “Superstar K4,” making it all the way to the semifinals. While the group has somewhat punk-ish roots, today their music is piano-driven ballads and light rock.

The main track of the album “Goodbye Girlfriend” is a song that will stir up plenty of feelings for anyone who has gone through a breakup, with its placid guitar and soft vocals.

All the members of the band had a role in crafting the album’s seven tracks. Among them, the third track, “The One (1)” is outstanding for its witty lyrics, talking about an unread message sent to the girl the singer has crushed on.

Some have expressed concern about the gentler song style on this album, their lightest yet, as the whole album is basically ballads and light rock. “Hello Goodbye” might seem unfamiliar to those fans that are used to their energetic performances on Superstar K4 last year.