Police sees a reshuffle in its leadership

Police sees a reshuffle in its leadership 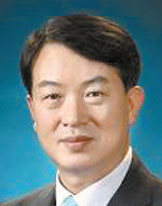 The government yesterday announced a reshuffle in police leadership, selecting a presidential secretary to head the Seoul police.

Kang, 49, served in various key posts in the police throughout his career. From October 2012 to February, he led North Gyeongsang Provincial Police Agency. At the start of the Park Geun-hye administration, Kang was appointed as the secretary to the president for public security.

With yesterday’s promotion, Lee Kum-hyoung became the first woman to make the rank of chief superintendent general. It is the second-highest position in the National Police Agency’s chain of command. Lee started her career in 1977 as a police officer.