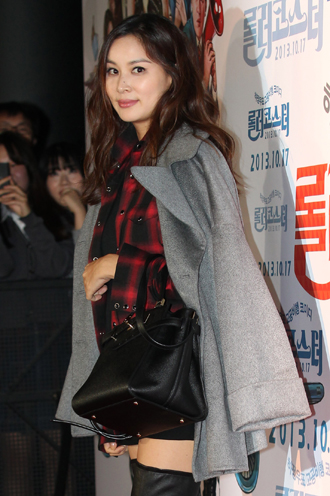 Actress Ko So-young will be on the small screen tonight when a documentary she starred in airs on MBC.

The documentary, “Dreams of Mothers,” is co-produced by Community Chest of Korea, and tells stories of single mothers trying to provide the best lives for their babies.

In the documentary the actress, who has been helping single mothers and children waiting to be adopted, became a mentor for those single mothers who strive to be more independent.

“As I still have dreams as an actress or a designer after I became a mother, I have learned that other single mothers who are raising a child on their own are also in the same place,” said Ko.

“I sometimes feel my heart aching to see many women becoming mothers at an early age, but I think it is great that they have decided to raise the child.”

Ko went grocery shopping with the other moms to make food for babies and shared her own tips on child care.