Companies fete a culture of caring

Companies fete a culture of caring 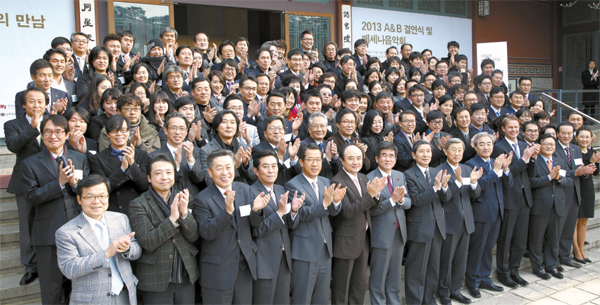 Executives from 120 companies celebrate a year of contributions to the culture and arts scene yesterday at an arts and business event held at Samcheonggak, northern Seoul. The one-on-one ties between business and art groups were organized by the Korea Mecenat Association and supported programs throughout the nation. Provided by the association

Some 120 companies yesterday celebrated cultural and artistic achievements this year as a result of 4.7 billion won ($4.4 million) in support, about 300 million won more than last year.

A total of 90 small and midsize companies also took a part in the initiative by forming a joint fund through a consortium.