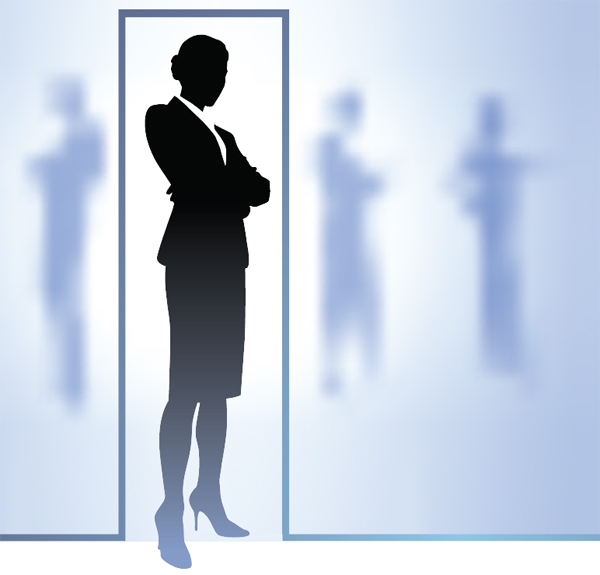 Under Korea’s first female president - Park Geun-hye - the status and role of women in the workplace have been growing.

E-Land, a retail conglomerate that owns fashion and leisure affiliates, promoted women to seven of 15 executive positions in its regular reshuffle Tuesday.

E-Land said the female executives are in major departments of the group in part because management has eliminated regionalism, school ties, nepotism and gender discrimination in employment and promotions.

It also reflects the E-Land CEO’s opinion that the company’s female employees represent a competitive edge.

“Companies that use female employees strategically tend to produce better performance when we evaluate employees annually. In terms of punctuality, concentration, responsibility and hard work, women tend to beat men in the evaluation,” said Yun Gyeong-hoon, vice president of E-Land.

“But the biggest problem for HR managers of other major companies is a lack of female employees to promote. At E-Land, there are more female candidates for the annual executive promotion, as we have trained all employees equally since the company started, long before this trend of female employees emerged.” 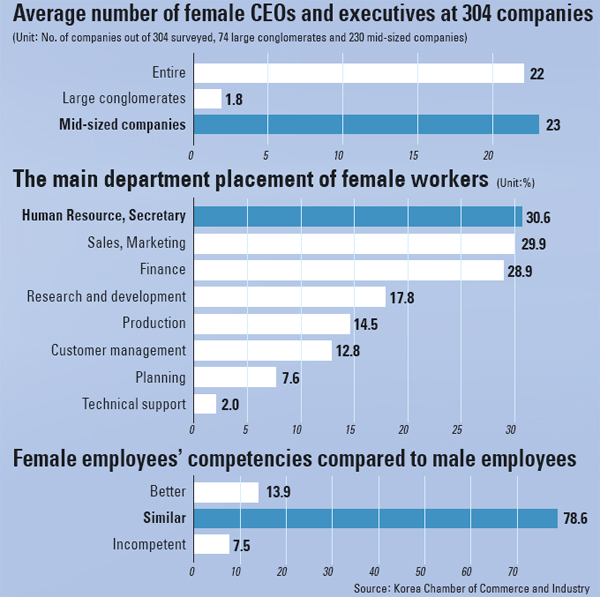 E-Land, which focuses on fashion brands, department stores and ski resorts, also has many female customers.

“When we analyzed our sales breakdown, we found female customers are mostly in charge of family finances and relationships. As we are a retail company, it is obvious that female executives and employees tend to better recognize what female customers want,” said Yun.

According to a survey of 300 HR managers of large and midsize companies by the Korea Chamber of Commerce and Industry (KCCI), 43.8 percent said the number of female executives will increase.

Only 2.3 percent said the number will decline.

At large companies, 58.1 percent of the surveyed HR managers said the number will rise, and for midsize companies 39.1 percent said they will see more female executives.

According to the KCCI, a sweeping 92.5 percent of 300 large and midsize companies surveyed rated the job performance of female employees as better than that of men.

Among the 300 companies surveyed, the average number of female CEOs and executives was 2.2 - 1.8 at large companies and 2.3 for midsize companies.

“At a time of low birth rates and an aging society, utilizing women’s talents is not a choice, but a must in order to increase the potential growth of our economy,” said a spokesman for the KCCI. “Companies and the society need to build an environment together for female employees to grow as executives.”