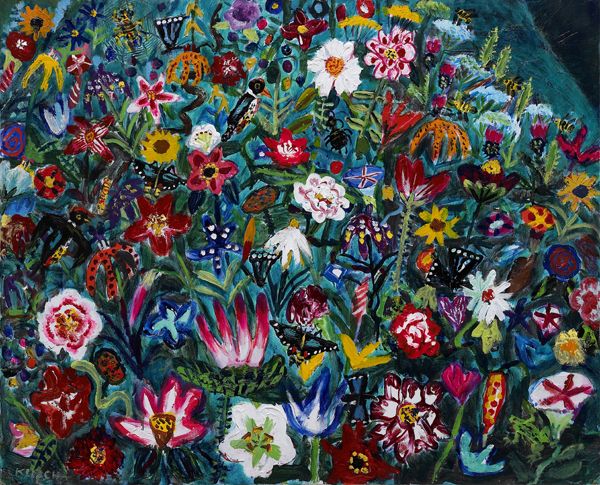 Kim Chong-hak’s “The Landscape of Mount Seorak,” is at Park Ryu Sook Gallery. Provided by the galleries

Cheongdam-dong, the street often dubbed the heart of Gangnam, epitomizes the sophisticated and snobbish qualities rapper Psy sang about ironically. It is full of luxury fashion brands’ flagship stores and hip restaurants and cafes.

“But here is not only consumption culture; here is fine art,” said Park Mi-hyun, head of Juliana Gallery in Cheongdam-dong. So, art galleries on the street in southern Seoul have held an art festival every year since 1991, “to let fine art bloom in Gangnam,” she said.

Park is the chair of a committee for the 23rd edition of the festival, Cheongdam Art Fair, which runs through Sunday. It is one of the oldest local art festivals by private galleries in Korea.

Eighteen galleries, including Juliana, are presenting works mainly by popular painters and photographers or those by emerging young artists during the 10-day event. 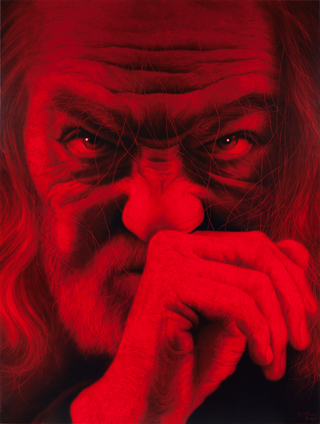 Kang Hyung-koo’s “Self-Portrait,” is on display at Arario Gallery Seoul.Provided by the galleries

“Their common point is that they had or have great interest in Korea’s unique nature and traditional art, while using the techniques of Western modernism,” said Park Ryu-sook, head of the gallery. “They have modernized the old beauty of Korean colors in different ways from each other.”

The Seoul branch of Arario Gallery, based in Cheonan, South Chungcheong, across the street from the Nature Poem building, is holding a solo show of Kang Hyung-koo. He is one of the most sought-after Korean artists in overseas auctions, with his haunting portraits of historical figures, or of himself gazing directly at viewers.

The Cheongdam-dong art street was formed around 1988, as many galleries moved from Insa-dong, central Seoul, to the south, which was then an emerging area.

Now, Cheongdam-dong is one of the nation’s major art zones, along with the zone east of Gyeongbok Palace in central Seoul.