In ‘Scenery,’ an inside look at outsiders

In ‘Scenery,’ an inside look at outsiders 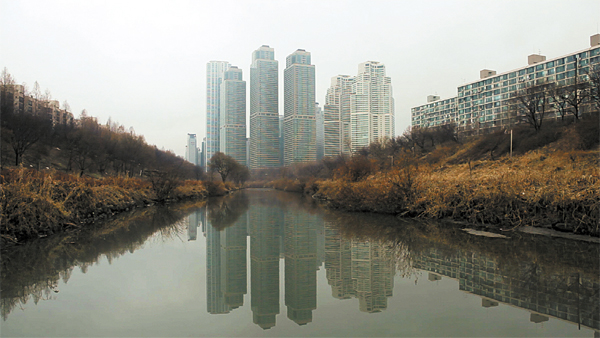 If anyone’s going to tackle the issue of Korea’s treatment of immigrant workers, there’s probably no better filmmaker for the job than Zhang Lu.

The ethnic Korean professor turned director knows a thing or two about being a foreigner.

Born and bred in Yeonbyeon, China, he later moved to Beijing (where his family still resides) and set foot in Korea for the first time in 1995.

Diving into the world of cinema at the age of 40, and even as a member of the derogatory “Joseon tribe” (ethnic Koreans from China), Zhang made a name for himself in art cinema circles, entering and winning at various film fests around the world from Cannes, Locarno and the Busan International Film Festival. 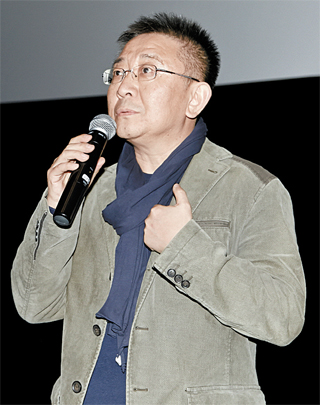 After diving into the world of cinema at the age of 40, Zhang Lu has won awards at several film festivals.

His subjects seem to mirror his own upbringing - people who are marginalized. In “Scenery,” his first attempt at a documentary, Zhang is putting the limelight on foreigners - the kind that Koreans don’t fawn over.

Through a collage of migrant workers talking about their most vivid dreams, “Scenery” borders between the surreal and not-so-pretty reality of laborers that the nation chooses to ignore. Zhang said that it was about time for a movie like his because “it’s clear that there are more foreigners than ever.

“As it stands, it’s a change of scenery for both parties,” said Zhang about the changing Korean societal scape and the way Koreans are dealing with it at the moment.

The notion of the documentary was so dear to his heart that the initial 30-minute-long project that he produced for the Jeonju International Film Festival became a 96-minute-long feature. Although it was born out of love, Zhang said it was no easy feat approaching migrant workers at their places of employment.

“They’ve already been asked the same questions by so many directors,” said Zhang, adding that factory workers were at first wary of being asked the same old queries about their plight in a foreign land. And he’s right. There was Yoo Ji-tae’s “Mai Ratima,” and “Born to Sing” just this year, all highlighting the pitiful existence of migrant factory workers.

“So then we had to find another way,” said Zhang. And so he did.

“We knew it was a communication problem,” said Zhang, adding that he thought outside the box to come up with a concept that would allow the workers to let down their guards and open up.

“We got them thinking about dreams,” not the ones tied to ambition, but the sleep-induced kind.

The question that the subjects were asked was: What is the most memorable dream you’ve had in Korea?

“Most people began laughing,” Zhang said. “The talent as well as the factory managers.”

But in the end the laughter gave way to 14 subjects getting on board the project, letting the cameras into their houses, workplaces and sharing “something that is usually talked about between lovers.”

“The recurring theme in the dreams was anxiety,” said Zhang, who believes that the dreams you have at home and abroad are different, and often reflect the inner turmoil in a person.

And by asking the trivial question, Zhang managed to dig deep and get what he wanted from the start: to be allowed in, with his cameras in tow, to a deeper place than a mere re-telling of nightmares.

While some may wonder why the topic of the other dream wasn’t broached, Zhang said it was obvious.

“If someone asked me what kind of dreams I had for the future, I think I’d be uncomfortable,” said Zhang. “Plus, no one lies about dreams they’ve had in their sleep.”

Having linked “the subconscious to reality” through his ninth film, the first-time documentary may have sparked something in him.

“I told my staff initially that I’d never shoot a documentary again … but after three or four days, I found the appeal of the genre.

“I then began saying I’d only shoot documentaries,” joked the filmmaker, who said he may join the cool crowd and start introducing himself as “documentary director Zhang Lu” from now on.

But in all seriousness, Zhang said that he was asking a specific question to locals about the way they dealt with foreign help.

“It’s gotten to a point where ignoring it won’t solve anything,” he said.

“Are you going to keep on being distant?”