Samsung reshuffles to a global beat

Samsung reshuffles to a global beat 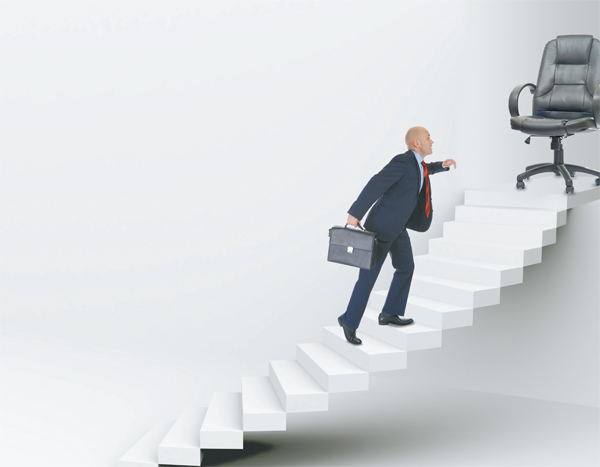 Samsung Group included 12 foreigners in its annual executive reshuffle, a record high number, as Korea’s top conglomerate strives to turn itself into a truly global enterprise.

Following a presidential reshuffle on Monday, the group yesterday announced a list of those promoted to executive or lower-level vice president positions.

A total of 51 senior vice presidents were promoted to executive vice presidents, including Wang Tong, head of a research institute of Samsung Electronics in Beijing.

Wang is only the second foreigner to be an executive vice president at Samsung Electronics, after Tim Baxter of the United States last year. Two foreign VPs may not be a big figure for a huge multinational company like Samsung, but the group sees it as a positive gauge of its globalization. 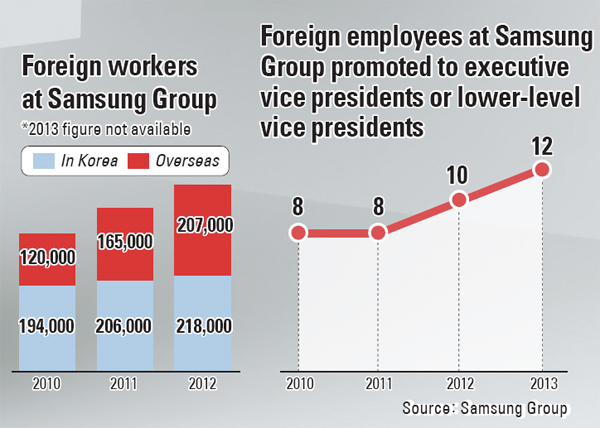 There are only 50 or so presidents at the Seoul-based group that has 420,000 employees last year. Executives at Samsung’s overseas corporations carry the title of president or vice president. For example, Wang was president of Samsung Telecommunications Research Institute of China, but that title doesn’t necessarily reflect their positions in Samsung’s vertical corporate structure.

Wang, a telecommunications system developer who worked for China’s Ministry of Information Industry, spearheaded the development of 22 mobile phone models in China, Samsung said. He will be given top sales responsibility for mobile phone markets in China, the group said.

“We continue to beef up the promotion of quality employees at overseas corporations,” said the group in a statement. “By doing so, we want to provide the locals with a vision for our growth in the future.

“Not only that, we have tried to realize Samsung’s people-first philosophy, in which we employ key talents regardless of nationalities and races.”

Of 80 promoted overseas this year, 58 people, or 73 percent, were from Samsung Electronics.

In another bid to break the mold of exclusivity shared by many Korean companies, Samsung also has increased the promotion for those brought in from the outside. This year, 150 employees who built a career at other companies or industries were included in the VP promotions, up from 141 last year. In 2011, it was 120.

“We have bolstered a performance-based personnel reshuffle, by which we have tried to break a traditional ‘pureblood-ism’ and give a fair opportunity for those brought from outside,” the company said.

But Samsung sharply increased the scale of early promotions. This year, 85 persons were promoted by up to three years earlier than normal, compared with 74 last year and 54 in 2011.

Most of the early promotions, based on performance, were made at Samsung Electronics, in particular its two most successful divisions - Consumer Electronics and IT & Mobile.

Lee Jin-jung, who is working for Samsung Electronics sales in China, was promoted to executive vice president two years after he became a senior vice president.

Samsung Electronics indeed swept all promotional charts this year, promoting 161 people to vice presidents, a record high for the tech giant. In Monday’s presidential promotion, five of the eight new presidents were from the world’s largest vendor of smartphones and televisions, which the group called a compensation for Samsung Electronics’ remarkable performance.

The number of women promoted as VPs at Samsung also hit a record high, 15, and 12 of them are Samsung Electronics employees.