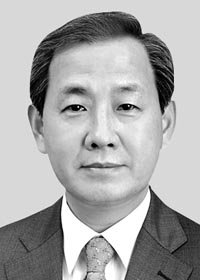 Kim In-chul, 56, professor of public administration at Hankuk University of Foreign Studies (HUFS), was appointed as its new president, the school announced on Wednesday.

In the Nov. 22 election to choose the 10th president succeeding Park Chul, Kim was said to have received 65 percent of the vote by the school faculty.

His four-year term will start from March of next year.

A public administration graduate of HUFS, Kim formerly served as a commissioner of the Board of Audit and Inspection, an inspection committee member for the Supreme Public Prosecutors’ Office, president of the Korean Association for Policy Studies and vice president of HUFS.

In his bid for the position, Kim vowed to become a “trustworthy president,” to extend scholarship funding and to push for balanced development between the school’s first and second campuses.