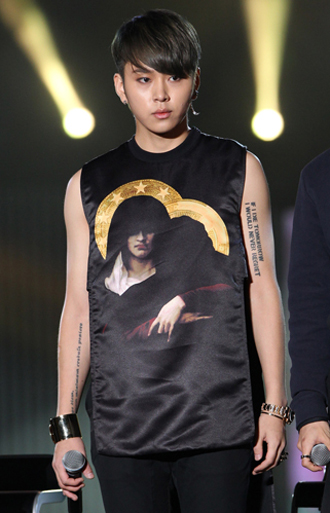 Yong Jun-hyung, a member of the boy group Beast, will release his first solo album, “Flower,” on Friday.

His agency, Cube Entertainment, made the announcement yesterday and released a teaser image to spark some excitement.

The agency also released a list of the album’s five songs. Yong participated in composing all the songs and contributed his talents to the overall production of the album.

Yong has completed similar work for Beast. He participated in the overall production of the song “Shadow” on the group’s second full-length album, “Hard to Love, How to Love,” which was released in July.

He also contributed his producing talents when another member of the group, Yang Yo-seob, released his solo EP “Caffeine” in November 2012.